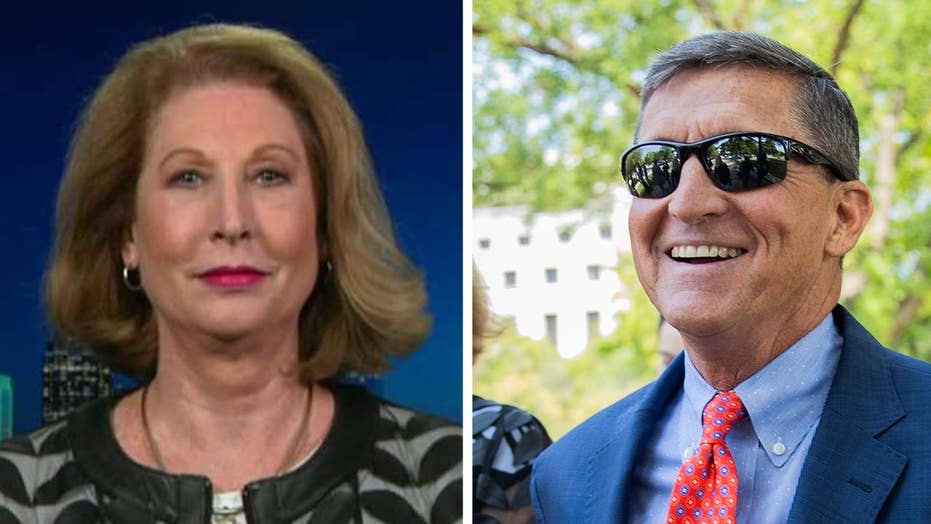 The lawyer representing Michael Flynn in the case against the former national security adviser demanded federal prosecutors turn over two cellphones used by a shadowy professor whose role in the Trump-Russia investigation has long been shrouded in mystery.

Flynn’s attorney, Sidney Powell, filed a motion on Tuesday seeking the devices that belonged to Maltese Professor Joseph Mifsud, claiming that they contained imperative information to the defense of her client.

“This information is material, exculpatory, and relevant to the defense of Mr. Flynn,” Powell wrote in the court filing.

She claimed the phones could contain specific information related to Western intelligence being “tasked against [Flynn] likely as early as 2014 to arrange – unbeknownst to him – ‘connections’ with certain Russians that they would then use against him in their false claims.”

This Nov. 12, 2014 photo made available by the Organization of American States shows Maltese academic Joseph Mifsud during a meeting in Washington. It was Mifsud who allegedly dropped the first hint that the Russians were interfering into the 2016 U.S. presidential election and he has not been seen publicly for nearly a year. An Associated Press investigation published Monday, Oct. 22, 2018, shows it isn’t the first time Mifsud has gone to ground. (Juan Manuel Herrera/OAS via AP)

She added: “The phones were used by Mr. Joseph Mifsud.”

The filing is the latest salvo in an escalating battle between his defense and the government, with Flynn’s sentencing still up in the air for his guilty plea over making false statements to the FBI about his contacts with former Russian Ambassador Sergey Kislyak. The government said in late August that the case was ready for sentencing, after months of delays. U.S. District Judge Emmet Sullivan has set a Dec. 18 sentencing date, though it's unclear whether it could be pushed off again.

Powell told Fox News on Wednesday that the Justice Department is currently in possession of Mifsud's phones.

When asked whether she thought federal prosecutors would comply with her request, she said: "I think the prosecutors in our case will look for them, but given their prior responses, I expect them to continue to say they are not relevant."

Powell has said that Flynn's case is “not ready for sentencing,” citing their timeline of receiving necessary files and documents that would be critical to the defense of her client. Powell also claimed in an earlier filing that the government “continues to deny our request for security clearances” needed to review classified material pertaining to Flynn, including transcripts and recordings of phone calls that “supposedly underpin the charges against” him.

The DOJ attorneys have argued, though, that Powell’s requests “seek access to classified information that may or may not exist.”

Powell, however, told Fox News Wednesday that Sullivan, the judge presiding over the case, would not rule on the motion until their hearing on Nov. 7.

Mifsud played a prominent role in the origins of the Russia investigation. It has long been suggested – in court documents filed by former Special Counsel Robert Mueller’s team, by Democrats on Capitol Hill and in the media – that Mifsud was connected to Russian intelligence, though others insist that he was more closely associated with Western governments and their intelligence agencies.

With regard to the special counsel probe, Mueller’s final report stated that Mifsud told former Trump campaign foreign policy adviser George Papadopoulos that the Russians had “dirt” in the form of emails that could damage Hillary Clinton’s 2016 presidential campaign. Papadopoulos later pleaded guilty to making false statements as part of that investigation and served a short two-week prison sentence last year.

The false statements were made in January 2017 to FBI agents concerning his contacts with Mifsud. Papadopoulos, in his guilty plea, acknowledged that Mifsud shared the information that Russia could have “dirt” on the Clinton campaign.

Papadopoulos, though, has suggested that the Downer meeting was part of the plot to lay the groundwork for the Russia probe.

Attorney General Bill Barr, earlier this year, suggested that “spying did occur” early on in the Russia probe, and tasked U.S. Attorney in Connecticut John Durham with investigating any potential misconduct in that counterintelligence investigation and any improper surveillance of the Trump campaign in 2016, as well as whether the Democrats were the ones who had improperly colluded with foreign actors.

Fox News reported last week that Durham is probing a wider timeline than previously known. It was initially thought that Durham was reviewing the days leading up to the 2016 election through the inauguration. However, based on his findings, Durham has expanded his probe, adding agents and resources, multiple senior administration officials said.

The timeline has grown from the beginning of the probe through the election and now has included a post-election timeline through the spring of 2017, up to when Robert Mueller was named special counsel that May.

Barr and Durham traveled to Italy recently to talk to law enforcement officials there about the probe and have also had conversations with officials in the U.K. and Australia about the investigation, according to multiple sources familiar with the meetings. The president of Italy, Sergio Mattarella, is in Washington on Wednesday for meetings with President Trump.

It is unclear whether Mifsud’s phones were uncovered as part of Durham’s probe.