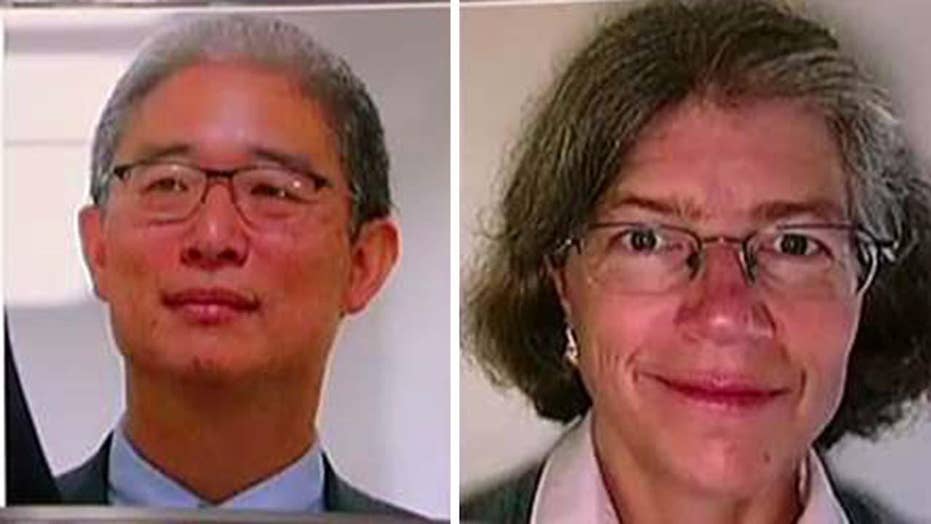 Did Nellie Ohr and Bruce Ohr delete emails to cover-up a plot against Trump in 2016?

The panel weighs in on an email uncovered by Judicial Watch that suggests Fusion GPS employee Nellie Ohr and her husband DOJ official Bruce Ohr attempted to cover-up a plot against Trump.

Bruce Ohr, the Justice Department official whose connection to the opposition research firm responsible for the anti-Trump “dossier” led to his eventual demotion, was awarded a $28,000 performance bonus while the Russia probe was ongoing, according to newly released DOJ documents.

The records do not indicate why Ohr was given the bonus in November 2016, though they show he also received a $14,520 bonus a year earlier, totaling $42,520 over a two-year period.

A Justice Department spokesman on Friday did not immediately return an inquiry from Fox News about the bonuses.

The conservative group Judicial Watch, known for suing for public records, released the documents related to Ohr’s salary Friday, saying they obtained them from the Justice Department through a Freedom of Information Act request.

Ohr’s actions during that time have been of interest to investigators, as it’s believed Ohr was the back channel between Trump dossier author Christopher Steele and the FBI. It was also revealed that his wife, Nellie Ohr, conducted opposition research on Trump for the firm Fusion GPS – the same company that commissioned the dossier – raising conflict of interest questions.

Judicial Watch is questioning why Ohr, who was later demoted at DOJ, was given a bonus.

“These documents will raise questions as to whether the conflicted Bruce Ohr, who the FBI used to launder information from Christopher Steele was rewarded for his role in the illicit targeting of President Trump,” Judicial Watch President Tom Fitton said in a statement.

Even though Ohr was removed from his position as Associate Deputy Attorney General in 2017, he later received a $2,600 pay increase in 2018, the records indicate, showing Ohr earned $189,000 that year.