New details contained in congressional transcripts and emails about a July 2016 meeting involving the author of the anti-Trump “dossier,” Justice Department official Bruce Ohr, and his wife, Nellie, appear to conflict with claims from Democrats -- and the co-founder of the firm behind the dossier -- that significant contacts did not occur until after the election.

According to the records, the little-known breakfast meeting was held on July 30, 2016 at Washington, D.C.’s Mayflower Hotel.

Congressional transcripts, confirmed by Fox News, showed Nellie Ohr told House investigators last year that Christopher Steele, the British ex-spy who compiled the dossier, wanted to get word to the FBI at the time.

“My understanding was that Chris Steele was hoping that Bruce (Ohr) could put in a word with the FBI to follow-up in some way,” Nellie Ohr testified in response to a Republican line of questioning, regarding the purpose of the meeting. Bruce Ohr did just that, almost immediately contacting then-FBI Deputy Director Andrew McCabe and FBI lawyer Lisa Page. 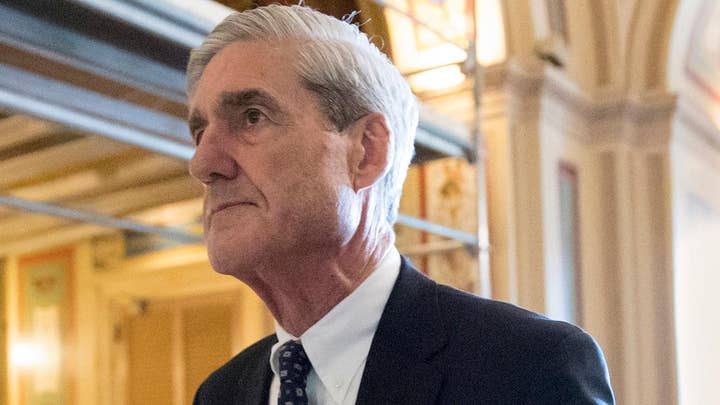 Asked by House investigators what they talked about at the breakfast meeting, Nellie Ohr said: “[Steele’s] suspicions that Russian Government figures were supporting the candidacy of Donald Trump.”

The transcripts came from closed-door interviews conducted last year by the House Oversight and Judiciary Committees when they were under Republican control. The transcripts are undergoing an FBI and DOJ review and are not public.

Nellie Ohr was of interest to investigators since she conducted opposition research on then-candidate Donald Trump for the firm Fusion GPS – the same company that commissioned the dossier. Her husband, meanwhile, is a senior official at the Justice Department who became a back channel between Steele and the FBI, after Steele was fired by the bureau on the eve of the 2016 presidential election over his contacts with the media.

In her testimony, Nellie Ohr also said that pieces of the unverified dossier – which later would be used to secure a surveillance warrant for Trump campaign aide Carter Page – may have been shared during the meal. 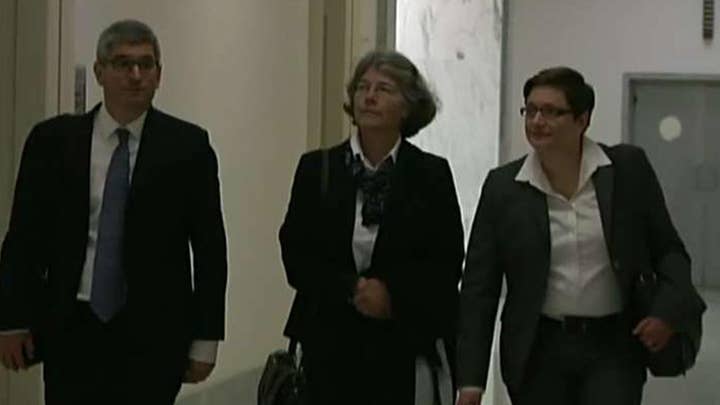 In response to a committee Democrat's line of questioning, Ohr stated, "At the breakfast, I – if I recall correctly, they may have shown pieces ..." of the document.

Ohr said she never saw the entire body of opposition research, later dubbed the "dossier," until it was published by BuzzFeed in January 2017.

Question: "Okay. And you hadn't seen it or its portions during the time that you were employed, correct?"

Ohr: "I -- if I recall correctly, I may have seen a -- maybe a page or something of it at the breakfast."

Email traffic, reviewed by Fox News, indicated that Steele broached the possibility of a meeting with Bruce Ohr as early as July 1, 2016.

He emailed Ohr at the time: "I am seeing [redacted] in London next week to discuss ongoing business but there is something separate I wanted to discuss with you informally and separately. It concerns our favourite business tycoon!"

Subsequent emails between Ohr and Steele also confirmed the July 30 meeting in Washington.

Nellie Ohr’s testimony regarding Steele and the FBI would appear to align with her husband’s.

ANDREW MCCARTHY: WHAT THE ROGER STONE INDICTMENT REALLY TELLS US

Fox News recently reported that Bruce Ohr told House investigators as part of the Republican-led probe that shortly after the July 30, 2016 meeting, his “first move” was to reach out to senior FBI officials.

Fox News recently confirmed the Bruce Ohr transcript said: “Andy McCabe, yes and met with him and Lisa Page and provided information to him. I subsequently met with Lisa Page, Peter Strzok, and eventually [an FBI agent]. And I also provided this information to people in the criminal division specifically Bruce Swartz, Zainab Ahmad, Andrew Weissmann.” (Strzok and Page left the bureau last year after their anti-Trump texts emerged. Swartz was a deputy assistant attorney general. Weissmann was chief of the DOJ Criminal Division’s Fraud Section before becoming a senior prosecutor on Special Counsel Robert Mueller’s team. Ahmad worked at the DOJ and is also now assigned to Mueller’s team.)

However, congressional Democrats have asserted many of the contacts occurred later in the year.

In February, in response to a Republican report on the surveillance-warrant process, Democrats on the House Intelligence Committee accused Republicans of overstating Bruce Ohr’s role. 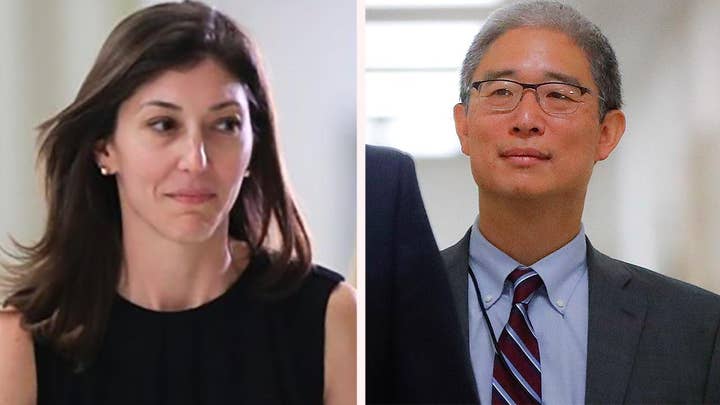 "The Majority mischaracterizes Bruce Ohr's role, overstates the significance of his interactions with Steele, and misleads about the time frame of Ohr's communication with the FBI. In late November, Ohr informed the FBI of his prior professional relationship with Steele and information that Steele shared with him (including Steele's concern about Trump being compromised by Russia)," the Democrats' statement said. “He also described his wife’s contract work with Fusion GPS, the firm that hired Steele separately. This occurred weeks after the election and more than a month after the Court approved the initial FISA application.”

There appeared to be another discrepancy.

The emails showed Fusion GPS co-founder Glenn Simpson was in contact with Ohr in August 2016. However, Simpson's November 2017 transcribed interview before the House Intelligence Committee showed him saying he worked through Bruce Ohr "sometime after Thanksgiving."

Fox News recently asked the FBI, Justice Department and special counsel's office whether the meetings with Ohr over Steele and the dossier were consistent with -- or in conflict with -- existing DOJ or FBI rules, including chain-of-custody procedures for handling evidence. In addition, the special counsel's office was asked whether Weissmann and Ahmad had fully disclosed their contacts with Bruce Ohr and others over the dossier.

The FBI and special counsel declined to comment; the DOJ did not immediately respond.

Fox News also reached out to the office of Rep. Adam Schiff, D-Calif., the current chairman of the House Intelligence Committee, for comment.