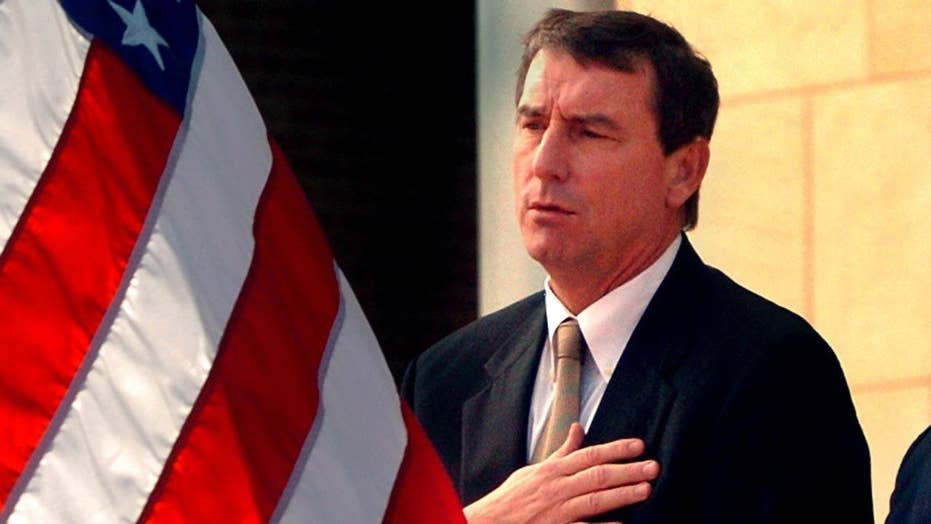 Texas judge orders DOJ workers to brush up on their ethics

The Justice Department moved Tuesday to fight a federal judge’s order that its lawyers undergo mandatory ethics training, digging in after the DOJ was accused of misleading the courts over President Obama's immigration executive actions.

U.S. District Judge Andrew Hanen, of Texas, had issued the order earlier this month, after alleging DOJ attorneys misled him about the implementation of Obama’s executive orders on illegal immigrants.

Attorneys had told Hanen that a key component – an expansion of a 2012 program to protect illegal immigrants from deportation if they were brought to the U.S. as children – hadn’t been implemented. But officials later revealed they had given more than 108,000 people three-year reprieves from deportation under the expanded rules, as well as work permits.

Hanen blocked Obama's actions and the case is now before the Supreme Court.

Hanen’s scathing order filed on May 19 accused the DOJ of a “calculated plan of unethical conduct.” He ordered that all DOJ lawyers attend a yearly ethics course. He also ordered the department to turn over the names of those who received the reprieves.

"Such conduct is certainly not worthy of any department whose name includes the word 'Justice,'" Hanen said.

The Department of Justice responded in the court filing Tuesday, saying that it "emphatically" disagrees with the judge’s ruling, claiming that none of its lawyers intended to deceive. The filing requests Hanen’s order be put on hold so federal lawyers can review.

In Tuesday’s filing, the DOJ estimated that the ethics training mandated would cost upwards of $7.8 million.

"The sanctions ordered by the Court far exceed the bounds of appropriate remedies for what this Court concluded were intentional misrepresentations, a conclusion that was reached without proper procedural protections and that lacks sufficient evidentiary support," lawyers for the department said.

“Compounding matters, the sanctions imposed by this Court exceed the scope of its authority and unjustifiably impose irreparable injury on the Department of Justice, the Department of Homeland Security (DHS), and thousands of innocent third parties,” the filing said.

The department also argued the order to turn over the list of those who were given reprieves would undermine trust in the Department of Homeland Security’s ability to maintain the confidentiality of personal information, which it said was vital to its mission.

“The Department emphatically disagrees with the sanctions orders and will seek review of this matter in the 5th Circuit Court of Appeals," a Department of Justice spokesman said in a statement.