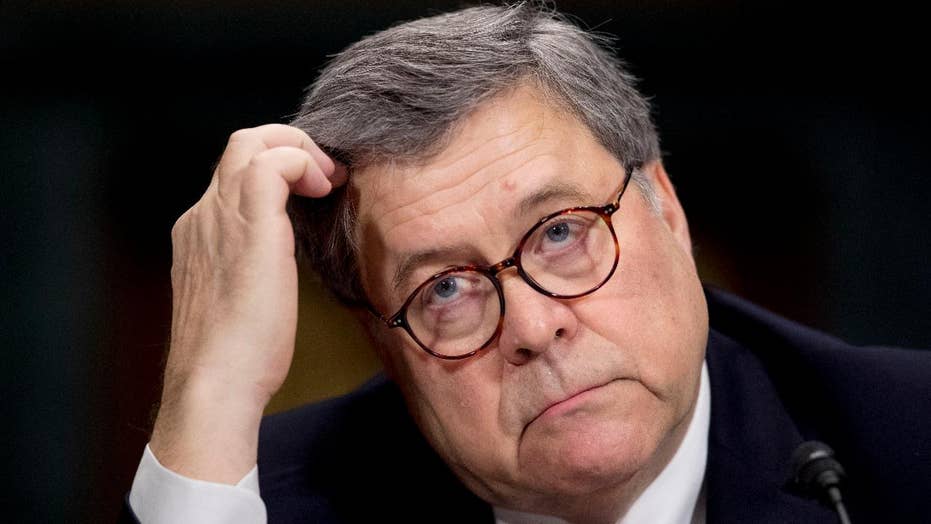 The Justice Department has agreed to share some documents from Special Counsel Robert Mueller’s investigation with House Intelligence Committee Democrats -- but warned that their cooperation would grind to a halt should the panel move to hold Attorney General Bill Barr in contempt.

The agreement comes amid negotiations between committee Chairman Adam Schiff, D-Calif., and the DOJ for the full Mueller report and underlying evidence and documents from the probe -- and effectively hits pause on Schiff's efforts to enforce a subpoena against the DOJ.

“The Department of Justice has already begun the process of identifying, locating, and reviewing the materials potentially responsive to the categories of documents [requested by the Committee],” the Justice Department said in a statement Tuesday, warning that it is a “process that will not continue should the Committee take the unnecessary and unproductive step of moving to hold the Attorney General in contempt.”

Schiff appeared to accept the Justice Department’s response while maintaining that their subpoena remains in effect.

“DOJ has accepted our offer, and will begin turning over to the Committee twelve categories of counterintelligence and foreign intelligence materials beginning this week. Our subpoena will remain in effect, and be enforced should DOJ fail to comply with the full document request,” Schiff tweeted Wednesday.

Schiff, though, said that while the Democrats are "pleased" they will receive documents, the Justice Department's cooperation on this specific matter is "no substitute in any way, shape or form" for the testimony of Mueller himself, and former White House Counsel Don McGahn.

"We have every expectation that [Mueller] is going to appear before our committee as well as the Judiciary Committee," Schiff told reporters Wednesday, stressing the importance of having Mueller testify in a public hearing. "We're going to insist on that being the case as well."

It's unclear whether Mueller will testify before any committee. Meanwhile, the agreement comes after the Judiciary Committee already voted, on party lines, to hold Barr in contempt for not turning over the unredacted Mueller report and other documents.

The president had asserted executive privilege over the files in a bid to protect them from release.

AG BARR: 'I FELT THE RULES WERE BEING CHANGED TO HURT TRUMP'

In the agreement with the House Intelligence Committee, the DOJ identified 12 categories of documents

"The Department may be in a position to discuss making them available to the Committee in relatively short order, subject to processing and reviewing" and consultations with the intelligence community, the DOJ said.

Schiff said the "initial production should be completed by the end of next week."