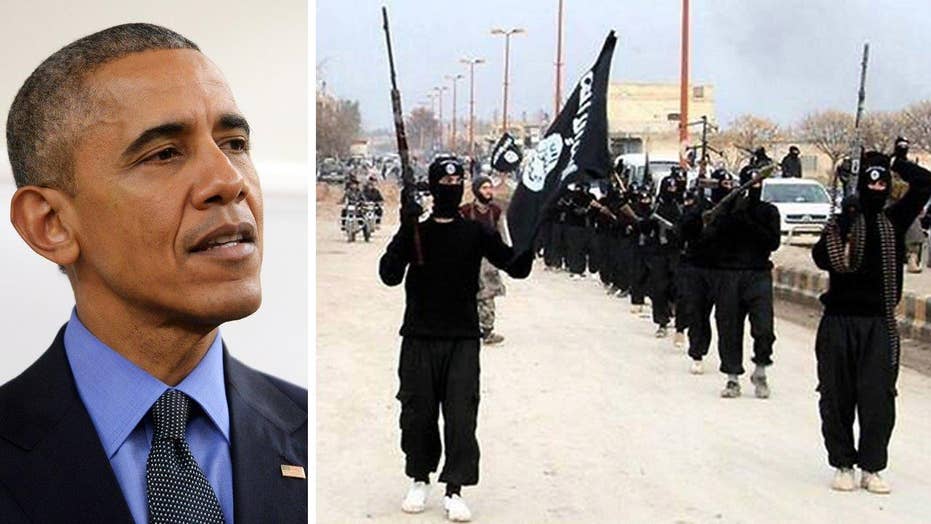 Obama: ISIS can hurt us, but can't destroy the United States

The Defense Department on Wednesday downplayed the Islamic State’s technological capability, following a report that the terror group is trying to develop anti-aircraft missiles.

The Washington Free Beacon earlier reported that ISIS militants in Syria were trying to develop an improvised anti-aircraft system.

Col. Steve Warren, a spokesman for the U.S.-led military operation based in Iraq, acknowledged such efforts to the Free Beacon, but also suggested such efforts do not pose a serious threat to the U.S. airstrike campaign.

“Isil tries to build a variety of improvised or homemade weapons but their effectiveness is limited against our technology,” Warren told FoxNews.com in an email Wednesday.

The Free Beacon report cited an anti-ISIS social media account, @Raqqa_SL, that said on Twitter the weapons are being developed north of Raqqa.

The account has posted frequently on the damage from Russia airstrikes, and reportedly said of the new effort, “In this new Rocket they are trying to make [anti-aircraft] Missiles in a way [for] them to [shoot] the Warplanes down to stop the bombing #Raqqa.”

According to the Free Beacon, the militants also have tried to link additional explosives via walkie-talkie to make the missiles more damaging.

Warren told the Free Beacon the efforts speak to concerns by ISIS that U.S. airstrikes “are systematically dismantling them.”

“They are trying to adjust. It won’t work,” he said.