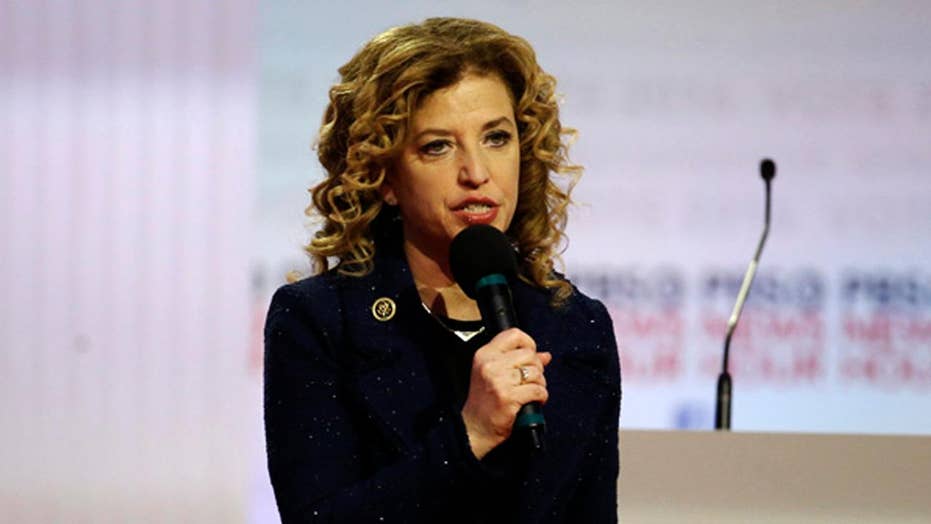 Rep. Debbie Wasserman Schultz is facing a backlash from the party she used to lead over the controversy involving a former IT aide now at the center of a criminal probe.

One member of the Democratic National Committee leveled unsparing criticism at the former DNC chairwoman in an interview with Politico, saying: “We wish she would go away and stop being so public by doubling down on negative stories.”

DNC member Nikki Barnes, from Wasserman Schultz’ home state of Florida, suggested the controversy is creating a sense of déjà vu for a party trying to move on from last year’s DNC upheaval – when Wasserman Schultz was pressured to step down in the wake of an email hack that exposed internal discussions about ways to undermine then-primary candidate Bernie Sanders. Barnes argued her return to the national spotlight has the potential to damage the party anew.

“Those of us on the DNC know we have to rebrand ourselves and earn the people’s trust. And unfortunately Debbie’s name does not scream trust. It screams power,” she told Politico.

The criticism comes as Wasserman Schultz has defended her decision to keep aide Imran Awan on the payroll for months, even after a criminal investigation was revealed and he was barred from the House IT network.

'Those of us on the DNC know we have to rebrand ourselves and earn the people’s trust. And unfortunately Debbie’s name does not scream trust.'

She did not fire him until he was arrested in late July on a bank fraud count. Awan and other family members for years had a lucrative arrangement for IT-related work on Capitol Hill for House Democrats. According to The Daily Caller, the members of the Pakistani family made at least $4 million since 2009.

In an interview published last week in the Sun Sentinel, Wasserman Schultz blamed the “right-wing media circus fringe” for the attention on Awan.

The former head of the Democratic National Committee suggested it's all part of an effort to distract from the investigation of Russian meddling in the 2016 campaign and possible ties to President Trump's team.

“Any opportunity they can to pull people’s eyes and ears away from that they take,” Wasserman Schultz told the newspaper. “The right-wing media circus fringe has immediately focused not on this run-of-the-mill investigation just reporting the facts, but jumped to outrageous egregious conclusions that they were trying to, that they have ties to terrorists and that they were stealing data.”

Her colleagues in Congress, though, say there are serious security implications in her former staffer's case.

“We have to investigate how our systems may have been compromised, and that may involve putting people in the [witness] chair,” Rep. Ron DeSantis, R-Fla., recently told “Fox & Friends.”

Awan and other IT aides for House Democrats have been on investigators’ radar for months over concerns of possible double-billing, alleged equipment theft, and access to sensitive computer systems. Most lawmakers fired Awan in February, but Schultz kept him on.

Wasserman Schultz’ spokesman David Damron told Fox News that their office worked with the House Chief Administrative Officer to arrange for the employee to keep providing “valuable services without access to the House network.”

“Those services included consulting on a variety of office needs, such as on our website and printers, trouble-shooting, and other issues,” he said.

Awan, 37, of Virginia, pleaded not guilty to the single count of bank fraud.

Attorney Christopher Gowen told Fox News  that federal authorities have no evidence of misconduct by Awan relating to his IT duties.