Dozens of gang members, some of whom belonged to the notorious MS-13, were shielded from deportation and released due to "sanctuary" policies last year, according to newly released stats from the Department of Homeland Security.

The revelation could jolt the escalating "sanctuary" debate, especially in California where many of those gang members were located.

"Two-thirds of the releases occurred in California, which has had a strict sanctuary policy in effect since January 2014," the Center for Immigration Studies said in a post on the data, pointing to "obvious public safety problems."

Gang members released due to 'sanctuary' policies, by state

Data from Department of Homeland Security

DHS officials provided a breakdown of gang members that were released in fiscal 2017, in response to questions posed in June by the Senate Judiciary Committee at a hearing on the rise of MS-13.

In the answers, the officials added that the numbers may be on the conservative side as jurisdictions that do not allow officials into jails make it more challenging to identify gang members.

"Because ICE often determines gang affiliation through interviews, ICE cannot speculate about the number of times it was denied access to an alien in the custody of state or local authorities who may have had such an affiliation," the answers read.

Fifteen of those released were suspected members of MS-13, a gang started in the 1980s by Central American immigrants and known for its gruesome crimes. The gang's presence across the country has been an escalating political issue.

Kristin Gaspar, chairwoman of the San Diego Board of Supervisors, on vote to direct county's attorney to file a brief in support of the federal lawsuit against the state's sanctuary policy.

The majority (89) of suspected gang members released were in California -- whose state leaders are locked in a high-profile battle with the Trump administration, and even some of its own cities, over the state’s sanctuary policies. The Department of Justice filed a lawsuit against the state last month, claiming that the policies prevent federal authorities from enforcing immigration laws.

On Tuesday, San Diego County became the latest local jurisdiction to back the lawsuit, claiming it limits police cooperation with federal agents. San Diego County is the largest county so far to back the suit, and its move comes after Orange County has also supported the administration.

If Trump “wants to round them up like some totalitarian government and ship them out, say that,” Brown said. “But he doesn’t say that because the American people would repudiate him and his party.”

Trump has repeatedly hailed the pushback against Brown and on Wednesday tweeted that there was a “revolution” in the state against sanctuary policies, which he called “ridiculous, crime infested & breeding concept.”

In the questions posed to DHS officials, Sen. Mazie Hirono, D-Hawaii, asked officials whether a border wall would stem the violence from MS-13, to which the officials said it would, calling it a “cornerstone” in preventing criminals from entering the country.

“The Department of Homeland Security (DHS) believes further securing our border will impact the medium- and long-term health of MS-13 and the level of violence it perpetrates,” the response said. “As many current MS-13 gang members are illegal border entrants, DHS believes increasing border security will discourage the arrival of both current gang members and potential recruits.” 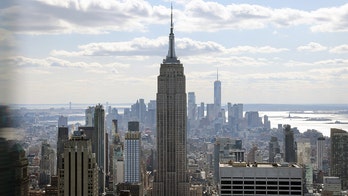