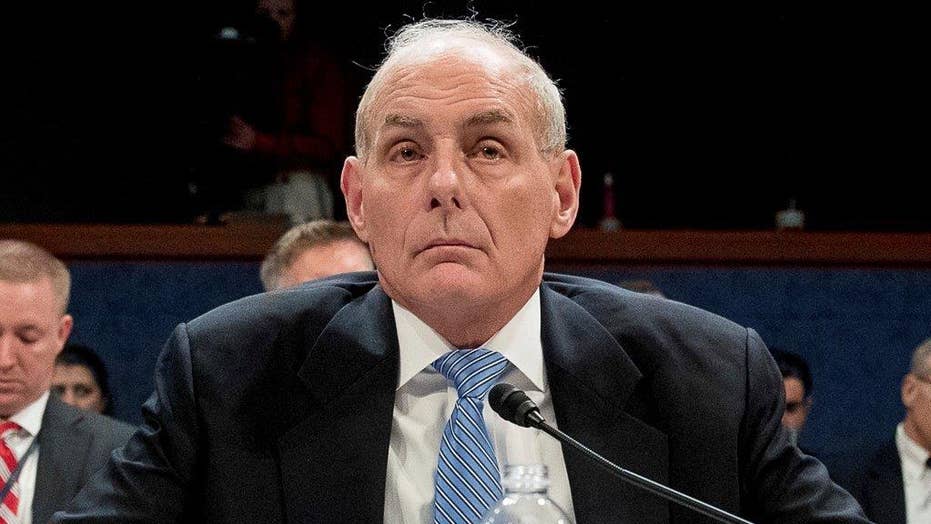 Homeland Security Secretary John Kelly said Tuesday that visa applicants may be asked to hand over their passwords for their social media accounts by U.S. embassies.

Kelly said the move could be part of the Trump administration’s extreme vetting effort for visitors from the seven Muslim-majority nations which has been the source of controversy since Trump’s executive order took effect.

Kelly told the Homeland Security Committee at a hearing that, “we’re looking at some enhanced or some additional screening.”

"We may want to get on their social media, with passwords. It's very hard to truly vet these people in these countries, the seven countries. But if they come in, we want to say, what websites do they visit, and give us your passwords. So we can see what they do on the internet,” he added.

Kelly said anyone who refused to cooperate would be barred from entering the U.S. He made clear that no decision has been made, but tighter screening was on its way.

"These are the things we are thinking about. But over there we can ask them for this kind of information and if they truly want to come to America, then they will cooperate. If not, next in line."

“I should have delayed it just a bit so I could have talked to members of Congress,” Kelly said. “Going forward, I would have certainly taken some time to inform Congress, and that’s something I look forward to in the future.”