School choice advocate Betsy DeVos was narrowly confirmed Tuesday as the next education secretary despite deep opposition from teachers unions and other groups, after Vice President Pence intervened to cast a historic tie-breaking vote.

Pence’s vote marked the first time in American history a vice president has broken a tie on a Cabinet nominee’s Senate confirmation – and the first tie-breaking vote by a VP since 2008. Pence was compelled to cast the vote after two Republican senators – Susan Collins of Maine and Lisa Murkowski of Alaska – joined all 48 Senate Democrats in opposing DeVos.

“The Senate being equally divided, the vice president votes in the affirmative and the nomination is confirmed,” Pence said, stepping into his role as president of the Senate in a brief appearance on Capitol Hill.

With his support, DeVos was confirmed on a 51-50 vote.

Devos was sworn in later by Pence in a ceremony at the vice president's ceremonial office, which he called "the easiest vote I ever cast."

The confirmation of the wealthy GOP donor will mark a sharp change in philosophy at the helm of federal education policy, given DeVos’ history boosting alternatives to public education.

Democrats mounted an all-night speaking marathon railing against her nomination in the run-up to the vote, questioning her experience and ties to charter schools though their opposition combined with lobbying efforts by teachers unions were not enough to block her.

"Mrs. DeVos demonstrated a complete lack of experience in, knowledge of and support for public education. She was unable to address basic issues that any New Hampshire school board member could discuss fluently," said Sen. Maggie Hassan, D-N.H., whose son has cerebral palsy but studied in public schools under a federal law that guarantees access for disabled students. Several Democrats questioned DeVos' commitment to and understanding of that law.

But Republicans accused Democrats of slow-walking DeVos and other qualified nominees to placate liberal base voters who still haven't come to terms with President Trump's election.

"It seems this gridlock and opposition has far less to do with the nominees actually before us than the man who nominated them," said Senate Majority Leader Mitch McConnell, R-Ky. "Enough is enough."

In addition to DeVos, Republicans hope to confirm a series of other controversial nominees this week. They successfully broke a Democratic filibuster Tuesday afternoon on the nomination of Sen. Jeff Sessions for attorney general. The 52-47 vote sets up the Alabama Republican for likely confirmation Wednesday evening.

In each case Democrats intend to use the maximum time allowed under the Senate's arcane rules to debate the nominations, which may result in a late-night votes this week and delay Mnuchin's approval until Saturday.

Republicans complain that previous presidents have been able to put their Cabinets in place more quickly. Democrats say it's Trump's fault because many of his nominees have complicated financial arrangements and ethical entanglements they claim they have not had enough time to dissect. 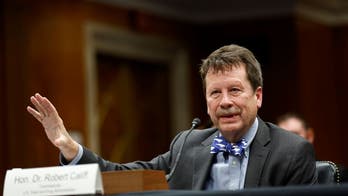 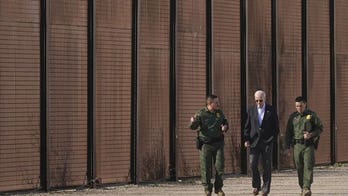 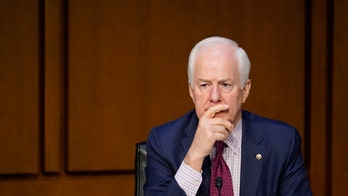