Harvard law professor Alan Dershowitz slammed the massive number of redactions in the set of documents the Justice Department released on Saturday related to the wiretapping of a onetime campaign adviser to President Trump.

Appearing on Fox News Channel’s “Sunday Morning Futures,” Dershowitz argued that the vast majority of redactions were meant “to cover up people’s incompetence” and not any top secret information and that the American public deserves to know what has been hidden from view.

“We need to know more, not less,” Dershowitz said. “We need less redactions.”

The documents, which were released to the New York Times and several other media organizations that had filed Freedom of Information Act lawsuits to obtain them, have been at the center of a political firestorm for months, as some Republicans have suggested that the FBI misrepresented evidence to obtain warrants to monitor Trump’s former adviser Carter Page as they investigated possible collusion between the Russian government and the Trump aide.

The documents show that the Steele Dossier – a report compiled by Christopher Steele, a former head of the Russia Desk for British intelligence -- was a major component of the 2016 surveillance warrant. The so-called Steele Dossier contains salacious, but unverified, allegations against Trump and was also a major component used to justify subsequent renewals of the wiretap. 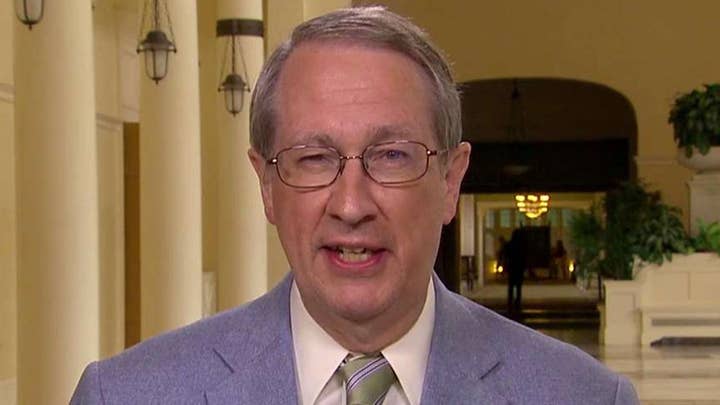 The dossier, which was opposition research funded by the Democratic National Committee and Hillary Clinton campaign, contains salacious allegations against Trump. It was also a major component used to justify subsequent renewals.

The visible sections of the released FISA documents do not indicate the dossier was ever verified. Instead, the FBI claimed that Steele was “reliable” based on his previous work. The FISA records also reveal that a September 2016 Yahoo News article by Michael Isikoff was a significant part of the government's warrant application.

“The Steele Dossier, we know how it was obtained,” Dershowitz said. “But was there information sufficient enough to be used to justify intruding on an American citizen’s privacy?”

On Sunday, Trump tweeted about the documents: "As usual they are ridiculously heavily redacted but confirm with little doubt that the Department of 'Justice' and FBI misled the courts. Witch Hunt Rigged, a Scam!"

Republican Sen. Marco Rubio of Florida also broke with Trump, saying he didn't think the FBI did anything wrong in obtaining warrants against Page.

"I have a different view on this issue than the president and the White House," Rubio said Sunday on CBS' "Face the Nation." ''They did not spy on the campaign from anything and everything that I have seen. You have an individual here who has openly bragged about his ties to Russia and Russians."

Page has denied being an agent of Russia, which he repeated Sunday to CNN, saying, "No. I've never been the agent of a foreign power."

In a 2013 letter, Page described himself as an "informal adviser' to the Kremlin but now he told CNN "it's really spin" to call him an adviser.

Catherine Herridge, Pamela K. Browne and The Associated Press contributed to this report.