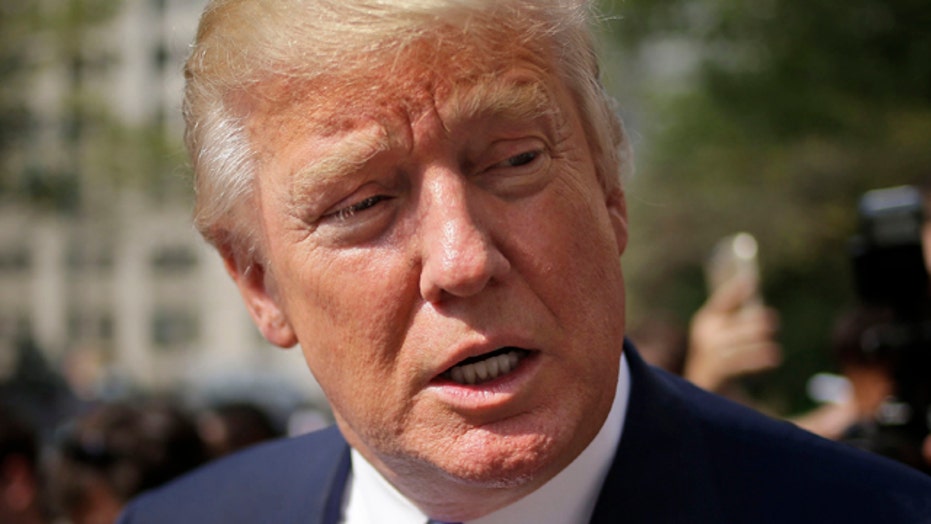 Reps. Ruben Gallego, Ariz., and Tony Cárdenas, Calif., have submitted a formal petition to the Department of the Interior with the goal of blocking Trump from having his name "prominently displayed" on the Old Post Office building currently under renovation to become the latest Trump International Hotel.

According to the lawmakers' petition, Trump's name violates the "federal government's responsibility to ensure that public lands are welcoming places" because of the remarks he's made about women and the Latino community.

"Trump's recent and repeated remarks disparaging women, Mexican-Americans, and other Latinos are hateful, divisive, and completely inaccurate," the men wrote. "As a result of these comments, the Trump name is now inextricably linked to the anti-Immigrant, anti-Latino sentiments that he continues to loudly and publicly espouse."