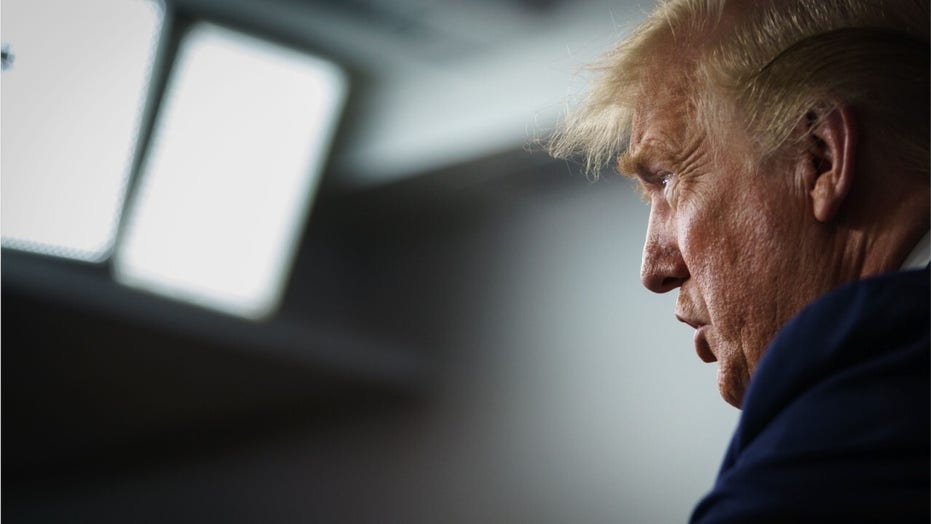 Within hours of President Trump's decision to restrict travel from China on Jan. 31, top Democrats and media figures immediately derided the move as unnecessary and xenophobic -- and they are now beating a hasty retreat from that position as the coronavirus continues to ravage the economy and cause scores of deaths.

Democratic presidential contender Joe Biden led the way, quickly attacking what he called Trump's "record of hysteria, xenophobia and fear-mongering" after the travel restrictions were announced, and arguing that Trump "is the worst possible person to lead our country through a global health emergency." Biden, on Wednesday, didn't criticize the travel ban in any way, and instead accused Trump of "downplaying" the virus early on in remarks to Fox News.

"I had Biden calling me xenophobic," Trump told Fox News' "Hannity" on March 26. "He called me a racist, because of the fact that he felt it was a racist thing to stop people from China coming in."

In March, another Democratic presidential candidate, Sen. Bernie Sanders, I-Vt., conspicuously insisted at a Fox News town hall that he wouldn't consider closing the U.S. border to prevent the spread of coronavirus, before condemning what he called the president's xenophobia. The Vermont senator has since taken to promoting "Medicare-for-All" and workers' rights amid the outbreak, while deferring to health experts on border closings.

For many news outlets, the about-face has been stark. A Jan. 31 article in The New York Times quoted epidemiologist Dr. Michael Osterholm as saying that Trump's decision to restrict travel from China was "more of an emotional or political reaction."

Weeks later, though, the paper reported that dozens of "nations across the world have imposed travel restrictions to curb the spread of the coronavirus," and did not criticize any of them for the move.

The Washington Post ran a story quoting a Chinese official asking for "empathy" and slamming the White House for acting "in disregard of WHO [World Health Organization] recommendation against travel restrictions."

In March, The Post finally acknowledged that critics accused China and WHO of "covering up or downplaying the severity of an infectious disease outbreak."

A week earlier, Vox confidently declared that "The evidence on travel bans for diseases like coronavirus is clear: They don’t work." The article originally referred to the "Wuhan coronavirus" in its headline, before left-wing journalists and Democrats argued that terminology was racist.

Vox also tweeted on Jan. 31: "Is this going to be a deadly pandemic? No." On Mar. 24, Vox deleted that tweet, writing that it "no longer reflects the current reality of the coronavirus story."

The Heritage Foundation's Lyndsey Fifield identified numerous other instances of prominent media outlets criticizing the travel ban, in many cases without issuing any kind of correction. For example, The Verge cautioned that Trump's policies "contradict advice from the World Health Organization (WHO), which said yesterday that countries should not restrict travel or trade in their response to the new virus."

STAT, a health and medicine news site, reported that the travel ban was similar to calls from "conservative lawmakers and far-right supporters of the president," even as "public health experts ... warn that the move could do more harm than good."

A body wrapped in plastic is loaded onto a refrigerated container truck used as a temporary morgue by medical workers wearing personal protective equipment due to COVID-19 concerns, Tuesday, March 31, 2020, at Brooklyn Hospital Center in the Brooklyn borough of New York. The new coronavirus causes mild or moderate symptoms for most people, but for some, especially older adults and people with existing health problems, it can cause more severe illness or death. (AP Photo/John Minchillo)

On Jan. 15, when the first American with coronavirus returned from China, House Democrats were ceremoniously carrying their articles of impeachment against Trump to the Senate. (The president was acquitted overwhelmingly on each article of impeachment.)

“The president, his denial at the beginning, was deadly," she claimed.

In recent days, the Biden team and other Democrats have moved on to other lines of attack, including claiming that Trump once referred to the coronavirus as a "hoax." That claim has been refuted by numerous fact-checkers, including The Post's, which found that Trump was clearly referring to Democrats' efforts to blame him for the pandemic, not the virus itself.

Additionally, numerous Democrats, including Biden, have falsely claimed that the president cut the Centers for Disease Control and Prevention (CDC) budget. The Associated Press has noted that those claims "distort" the facts, largely because Congress blocked planned cuts.

Fox News has reported that the Obama administration also sought hundreds of millions of dollars in funding cuts to the CDC.

"Many in the scientific community beclowned themselves because their hatred for Trump blinded them -- and does to this day," Fifield said.

Meanwhile, even some prominent left-wing Democrats have come to the president's defense.

"This is not time to bicker," California Democratic Gov. Gavin Newsom said Wednesday on CNN. “Let me just be candid with you. I’d be lying to you to say that [Trump] hasn’t been responsive to our needs. He has. And so, as a sort of an offer of objectivity, I have to acknowledge that publicly."

Newsom added: "The fact is, every time that I've called the president, he's quickly gotten on the line. When we asked to get the support for that [USNS] Mercy ship in Southern California, he was able to direct that in real-time. We've got 2,000 of these field medical sites that are up, almost all operational now in the state, because of his support. Those are the facts."