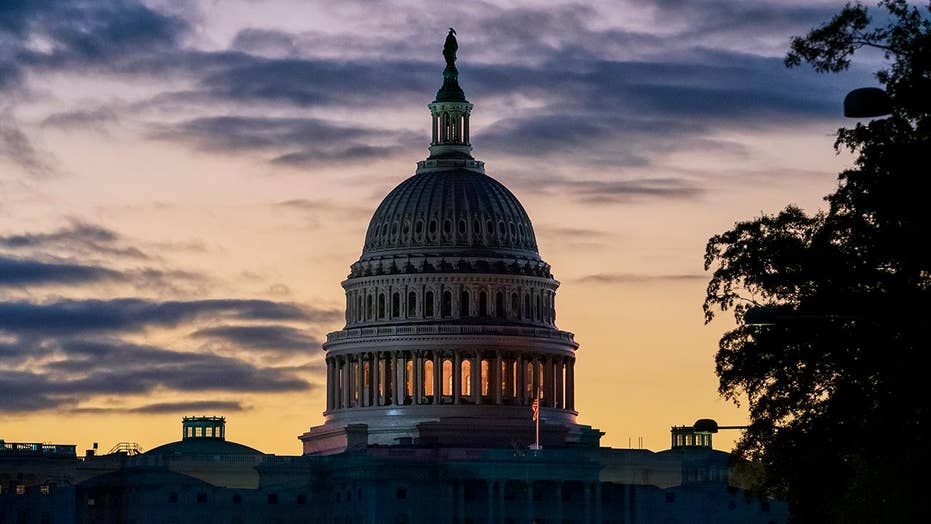 Impeachment needs to continue because the majority of Americans support it: former DNC official

House Democrats on Tuesday introduced a resolution to formalize their impeachment inquiry and adopt rules to govern the proceedings, following sustained complaints by congressional Republicans and the White House that the inquiry hasn't followed past precedent and violates the president's due process rights.

But, illustrating the balancing act involved as the 2020 election cycle gets started, Democrats have adamantly denied that the document is an "impeachment resolution," perhaps out of concern for how that label would play in more moderate swing districts.

Republicans, however, have countered that there is no "existing" impeachment inquiry because the House has not voted to open one as it did during the Clinton and Nixon impeachments -- and Tuesday's resolution does not explicitly open the probe, either.

"The resolution put forward by Speaker Pelosi confirms that House Democrats’ impeachment has been an illegitimate sham from the start as it lacked any proper authorization by a House vote," the White House said in a statement. "It continues this scam by allowing Chairman Schiff, who repeatedly lies to the American people, to hold a new round of hearings, still without any due process for the President."

The statement continued:  "The White House is barred from participating at all, until after Chairman Schiff conducts two rounds of one-sided hearings to generate a biased report for the Judiciary Committee.  Even then, the White House's rights remain undefined, unclear, and uncertain – because those rules still haven’t been written.  This resolution does nothing to change the fundamental fact that House Democrats refuse to provide basic due process rights to the Administration."

The Democrats' resolution specifies that ranking Republicans in the minority on the Judiciary and Intelligence Committees (Reps. Doug Collins and Devin Nunes, respectively) will have the authority, with the concurrence of committee chairs in the majority, to subpoena witnesses and compel their testimony -- a major demand that the White House and top Republicans had made in recent weeks.

If the chair does not consent, the minority can appeal to the full committee. It is common in other proceedings for committee chairs to essentially have veto authority over subpoenas sought by ranking minority members. 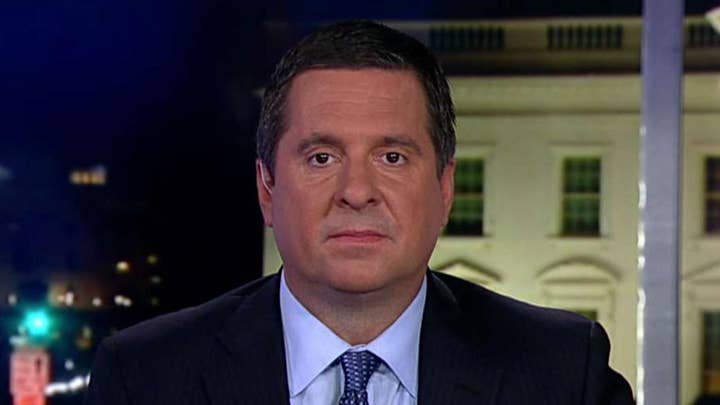 The resolution also authorizes the Intelligence Committee to conduct an "open hearing or hearings" in which minority Republicans have equal time to question witnesses.

And, after that hearing is concluded, "to allow for full evaluation of minority witness requests, the ranking minority member may submit to the chair, in writing, any requests for witness testimony relevant to the investigation described in the first section of this resolution within 72 hours after notice is given."

Fox News is told it’s possible, based on the way the resolution is written, that the legal rights the resolution affords to the president could be curbed unless there are Judiciary Committee hearings, as opposed to Intelligence Committee hearings. That’s why the muscular role of the House Intelligence Committee is important in this resolution -- it raises the question of whether the president would be able to question witnesses outside of Judiciary Committee proceedings, and whom he would be able to question.

The resolution further directs the Intelligence Committee, in consultation with the other committees, to prepare a report on its findings to the Judiciary Committee, which would actually write any articles of impeachment. In response to GOP complaints about Democrats' selective leaks of opening statements and depositions, the document also authorizes the public release of testimony transcripts, with only sensitive or classified information being redacted.

And, the resolution permits Republicans to submit written demands for testimony and other evidence, to cross-examine witnesses, and raise objections.

There is no timeline given for the impeachment inquiry to conclude. The House Rules Committee, which is the gateway for most measures in the House, will meet Wednesday at 3 p.m. ET to prepare the resolution for the House floor, including by adding additional procedures. The full House will debate and vote on the measure Thursday morning, with a vote expected by midday.

Just before the resolution was filed, House Majority Leader Steny Hoyer, D-Md., told Fox News flatly on Tuesday that “this is not an impeachment resolution.”

He did not answer when asked if he was concerned about the public perception of that term.

At the same time, there were encouraging signs for Democrats that their approach would play well among moderates and influential members of the caucus. Freshman South Carolina Democratic Rep. Joe Cunningham, who unexpectedly flipped a seat from red to blue last year, told Fox News he was "supportive" of the new resolution.

Four Democratic committee chairs -- Reps. Adam Schiff, Jerry Nadler, Eliot L. Engel, and Carolyn Maloney -- said in a statement Tuesday that the "resolution provides rules for the format of open hearings in the House Intelligence Committee, including staff-led questioning of witnesses, and it authorizes the public release of deposition transcripts ... [it] establishes procedures for the transfer of evidence to the Judiciary Committee as it considers potential articles of impeachment, and it sets forth due process rights for the president and his counsel in the Judiciary Committee proceedings."

They added: “The evidence we have already collected paints the picture of a president who abused his power by using multiple levers of government to press a foreign country to interfere in the 2020 election. Following in the footsteps of previous impeachment inquiries, the next phase will move from closed depositions to open hearings where the American people will learn firsthand about the president’s misconduct.”

“It’s not an impeachment resolution."

Timothy Morrison, Special Assistant to the President and Senior Director for Europe and Russia at the National Security Council, is expected to appear in closed session on Thursday.

Robert Blair, Assistant to the President and Senior Adviser to the Acting Chief of Staff, is expected to appear in closed session on Friday.

The Committees will "renotice" a future date for top Defense Department official Kathryn Wheelbarger. The committees are in ongoing discussions with other witnesses and we look forward to their testimony.

Earlier in the day on Tuesday, the top Republicans on the House committees leading the impeachment inquiry blasted the investigation as “illegitimate” and a “sham," signaling that the new procedures wouldn't change their minds.

Nunes, Jordan and McCaul accused McGovern, D-Mass., of not giving enough time for Republican members to review the resolution ahead of the vote, and they continued to blast the inquiry as a whole.

“Under House rules you championed at the beginning of this Congress, major legislation is required to be posted 72 hours in advance of a vote,” they wrote. “Yet, here, on the gravest and most solemn work the House can do, you are forcing the House to consider a resolution with text that is still not available two days before the vote.”

“Without text, we know nothing about the Democrats’ intended impeachment process. Your website describes the resolution as ‘directing certain committees to continue their ongoing investigation,’” they continued. “Chairman Schiff does not need a resolution to continue leaking selective facts from his basement bunker.”

They added, “We can only assume, therefore, that this resolution is necessary to allow Democrats to subvert the ordinary legislative process.”

Still, the Democrats' resolution appeared to address the White House's complaints from earlier this month, when it vowed not to participate in the inquiry.

Democrats, the White House complained, had not permitted Republicans in the minority to issue subpoenas, contradicting the "standard, bipartisan practice in all recent resolutions authorizing presidential impeachment inquiries."

The White House had argued: "In the history of our nation, the House of Representatives has never attempted to launch an impeachment inquiry against the president without a majority of the House taking political accountability for that decision by voting to authorize such a dramatic constitutional step."