Obama-era officials have yet to jump behind Biden. Is that a good or bad thing?

President Obama and dozens of officials from his administration have remained silent after the former vice president's 2020 campaign announcement.

On the roster: Dems are getting a lesson from Biden - Time Out: Que será, será - Warren feels some love in MAGA country - Black lawmakers share dream ticket: Biden-Harris - Quality check: 100

DEMS ARE GETTING A LESSON FROM BIDEN
N.Y. Magazine: “Over the past five years, the Democratic Party has seemed to race leftward so fast that its recent standard-bearers are considered no longer qualified to lead it. … But nobody is thought of as more retrograde than Joe Biden… Yes, the party has moved left, but not nearly as far or as fast as everybody seemed to believe. Counterintuitively, House Democrats’ triumph in the midterms may have pushed their center of gravity to the right: The 40 seats Democrats gained were overwhelmingly located in moderate or Republican-leaning districts. Biden’s apparent resurrection from relic to runaway front-runner has illustrated a chasm between perception and reality. The triumph of the left is somewhere between a movement ahead of its time and a bubble that has just popped.”

How long can Biden avoid a big mistake? - NYT: “As the famously voluble Mr. Biden makes his first retail campaign stops in the Democratic primary … his campaign is grappling with how to showcase Mr. Biden’s never-met-a-stranger persona without exposing him to an environment where he may commit a gaffe. So far, they have struck a safe, if precarious, balance. Just over two weeks into Mr. Biden’s candidacy, the most notable feature of his campaign may be what hasn’t happened: He has not blurted anything out that delights his rivals, horrifies his aides and reinforces his image as ‘Uncle Joe,’ America’s there-he-goes-again relative who makes you smile and wince in equal measure. … But his staff has sought to mitigate the risk by effectively recreating the trappings of the vice presidency: guarding question-and-answer sessions, selecting safe interview settings and remaining all but glued to his hip…”

THE RULEBOOK: AU NATUREL
“Under a vigorous national government, the natural strength and resources of the country, directed to a common interest, would baffle all the combinations of European jealousy to restrain our growth.” – Alexander Hamilton, Federalist No. 11

TIME OUT: QUE SERÁ, SERÁ
The Guardian: “The face of Doris Day, eerily beautiful in all its buttery-blond wholesomeness, beamed over Hollywood in the 50s and early 60s like a gigantic roadside billboard advertising the American way. In that extraordinary period of white America’s postwar prosperity and patriotism, Doris Day was the biggest box office and recording star in the US: easily equaling the music-movie crossover success of alpha males such as Frank Sinatra and Elvis Presley, although somehow without being entitled to the guys’ iconic status. Day’s career was a roll call of studio-era greatness. … Day was utterly without irony and she radiated a can-do straightforwardness, optimism and good nature that resonated with millions of filmgoers. She rolled up her sleeves and got on with whatever she was contractually obliged to do… Day was in her way the presidential first lady of Hollywood’s early 60s: dignified, a good sport, lovable.”

WARREN FEELS SOME LOVE IN MAGA COUNTRY
Politico: “It was a startling spectacle in the heart of Trump country: At least a dozen supporters of the president — some wearing MAGA stickers — nodding their heads, at times even clapping, for liberal firebrand Elizabeth Warren. The sighting alone of a Democratic presidential candidate in [Kermit, W. Va.] — in a county where more than four in five voters cast their ballot for Trump in 2016 — was unusual. Warren’s team was apprehensive about how she’d be received. About 150 people gathered at the Kermit Fire & Rescue Headquarters Station to hear the Massachusetts senator and former Harvard professor talk about what she wants to do to fight the opioid epidemic. … Warren entered the room from behind a large American flag draped in the station. Roving around a circle of people seated in fold-out chairs, she tried to strike a tone equal parts empathy and fury, while avoiding pity. She went full prairie populist, telling people their pain and suffering was caused by predatory pharmaceutical barons.”

But she still faces the ‘electability’ obstacle - LAT: “The polls may be middling, the fundraising so-so, but Elizabeth Warren has one key asset in her bid for the Democratic presidential nomination — a campaign plan more clearly defined than that of just about any other candidate. …Warren is pressing ahead, tortoise and hare style. She is unfurling one carefully honed policy proposal after another … Even if Warren were to surpass Sanders as the left’s principal alternative to Biden, however, the other impediment looms. She is being held back by a peculiarity of this year’s Democratic primary electorate: Voters, more than ever, are acting like pundits and basing their own candidate preferences on ‘electability’ — their guesses about how candidates will fare in a general election more than a year away. … Standing out and gaining voter attention in a field of more than 20 poses a challenge to all the candidates who are not named Biden or Sanders.”

Warren welcomes loop holes to big donors - Politico: “Elizabeth Warren has sworn off attending big-money private fundraisers. But a small group of Hollywood writers and producers recently gathered over drinks to talk about how to raise money for Warren’s presidential campaign without her. … While accepting that money won’t violate Warren’s anti-access pledge, it does highlight a shift in the 2020 presidential race. After spending the first months of 2019 fixated on small-dollar online support and adopting rhetoric shunning bigger donors, campaigns are now taking stronger steps to bring wealthy and well-connected supporters into the fold. Jolted by Joe Biden’s splashy $6.3 million first day in the Democratic primary, many of Biden’s rivals are increasingly hungry for bigger donors’ support.”

BLACK LAWMAKERS SHARE DREAM TICKET: BIDEN-HARRIS
Politico: “The Congressional Black Caucus may have found an answer to its Joe Biden dilemma: Vice President Kamala Harris. Some black lawmakers are agonizing over whether to back Biden or two members of the close-knit caucus — Sens. Harris and Cory Booker — who are also vying for the White House, according to interviews with a dozen CBC members. But with the former vice president jumping out to a huge, if early, lead in the polls, several CBC members are warming to the idea of a Biden-Harris ticket to take on President Donald Trump. ‘That would be a dream ticket for me, a dream ticket!’ said Rep. Lacy Clay (D-Mo.). … Harris is everything the 76-year-old Biden is not. The freshman senator from California is younger, a woman and a person of color. As Biden gets dinged for his bipartisan bromides, Harris is winning applause from progressives for her merciless cross-examination of Trump officials.”

Allow him to reintroduce himself - AP: “Beto O’Rourke barreled into the 2020 presidential race with breakneck energy and a fly-by-the-seat-of-his-pants campaign style… But since his mid-March campaign launch, the buzz surrounding the former congressman has evaporated. … In a tacit recognition that this approach isn’t working, O’Rourke is planning to try again, taking a hands-on role in staging a ‘reintroduction’ ahead of next month’s premier Democratic presidential debate. As he finalizes his plans, O’Rourke has entered an intentional ‘quiet period’ to build out campaign infrastructure, according to an adviser who spoke on condition of anonymity to discuss the campaign’s strategy. That will end soon. O’Rourke plans to step up his national media appearances after skipping most of that kind of exposure in recent months.”

Mayor Pete discusses race and identity in speech - NYT: “Pete Buttigieg, the mayor of South Bend, Ind., on Saturday directly confronted one of his biggest vulnerabilities as a contender for the Democratic presidential nomination: running as a white man who has led a life of relative privilege at a time when many in his party are eager for a woman or a minority candidate to become their next leader. Speaking at a fund-raiser for lesbian, gay, bisexual and transgender causes, Mr. Buttigieg drew on his own experiences as a gay man in a predominantly straight society. But he also rejected the idea that ‘there are equivalencies’ in the forms of discrimination experienced by different minority groups and individuals.”

AUDIBLE: WORK, WORK, WORK, WORK, WORK
“Not doing a damn thing works for a lot of people. And it works really well for a lot of the interests that support the Republican Party. When government can’t work, [Republicans are] winning.” – Gov. Steve Bullock, D-Mont., talking to the Atlantic ahead of his presidential campaign announcement.

AND NOW, A WORD FROM CHARLES…
“Chris Christie Award for Self-Promotion: Elizabeth Warren. She painted a picture of unending misery stalking the land: men desperate for work, students ‘drowning in debt,’ a middle class ‘chipped, squeezed and hammered,’ despair all around.” – Charles Krauthammer (1950-2018) writing in the Washington Post on Sept. 6, 2012. 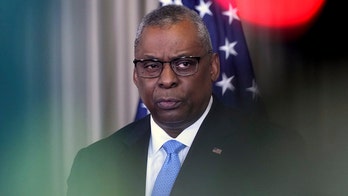 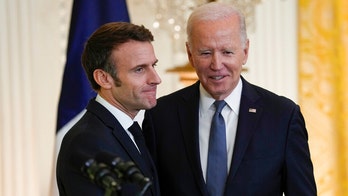 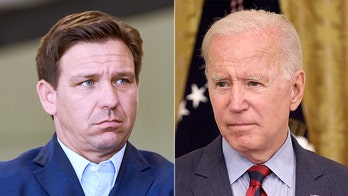