Justice Brett Kavanaugh pens an opinion against Apple that ruled the tech company can be sued over high prices in their App Store; analysis from Fox News senior judicial analyst Judge Andrew Napolitano.

Justice Brett Kavanaugh sided with the liberal wing of the Supreme Court on Monday, penning an opinion against Apple that ruled the tech company can be sued over high prices in their App Store.

The case, Apple v. Pepper, was brought by iPhone users who complained that the App Store is the only place where iPhone apps are available and that, as a result, Apple has a monopoly on “the iPhone apps aftermarket.” They claim prices are consequently high stemming from the charges Apple imposes on app developers.

Apple released a statement Monday afternoon saying they are "confident we will prevail when the facts are presented," adding that the App Store "is not a monopoly by any metric."

A district court decision had said that the iPhone users did not have standing to bring their antitrust claim because the developers -- not Apple -- are the ones selling the apps. Court precedent says that indirect purchasers who are at least two steps removed in a distribution chain cannot sue. Apple also claimed that because they don’t set the retail price of the apps on the store, iPhone users cannot sue them.

The Ninth Circuit, however, said that Apple is indeed the seller, through their App Store. Kavanaugh agreed, along with Justices Ruth Bader Ginsburg, Stephen Breyer, Sonia Sotomayor and Elena Kagan.

“It is undisputed that the iPhone owners bought the apps directly from Apple,” Kavanaugh wrote. He also addressed Apple’s claim that they do not set app prices by pointing out that the company’s practice of charging app developers $99 per year plus 30 percent of sales indeed affects pricing. 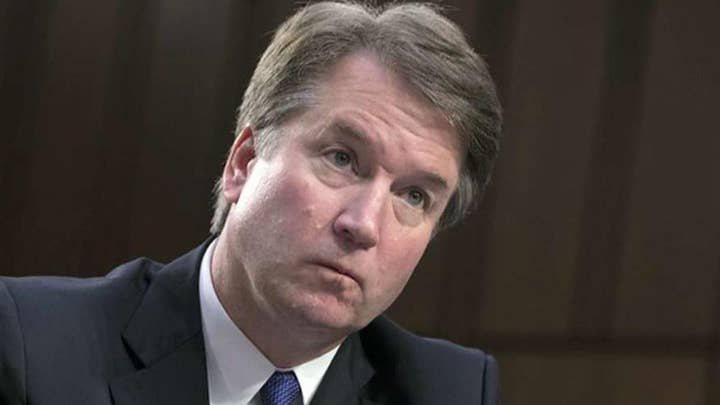 Kavanaugh's stance with the liberal wing of the court was striking. President Trump's second nominee to the high court faced fierce Democratic opposition during his confirmation process, over sexual misconduct allegations as well as his judicial philosophy.

Justice Neil Gorsuch, Trump's other pick, wrote the dissent for four conservative justices in the Apple case. The consumers' complaint against Apple is the kind of case earlier high court rulings said was not allowed under federal laws that prohibit unfair control of a market, Gorsuch wrote.

The court’s decision did not make any ruling on the merits of the case. It simply allowed for the lawsuit to go forward before a lower court.

The suit could force Apple to cut the commission it charges software developers. A judge could triple the compensation to consumers under antitrust law if Apple ultimately loses the suit.