Democratic and Republican leaders appeared Sunday to draw closer to reaching a compromise on keeping the country from going off the fast-approaching “fiscal cliff” -- with closing tax loopholes for America’s highest earners emerging as the potential middle ground.

Republican Sen. Bob Corker suggested that getting more revenue from the country’s highest-earners should be part of the mix, but only by closing loopholes, not increasing taxes, and only if Democrats agree to cut federal spending.

"I am optimistic," Corker said on "Fox News Sunday." "I think there is the basis for the deal.”

The Tennessee senator also said party leaders could find likely compromise on generating revenue, but the real challenge will be cutting back on such government programs as Social Security and food stamps, known as entitlements.

Economists and others warn the country could go over the fiscal cliff in January when tax cuts for many Americans expire while nearly $1 trillion in federal cuts begin.

The automatic, across-the-board cuts are the result of Congress and the White House failing to compromise on a more measured way to cut the federal deficit.

Congress is under pressure to reach a deal in its so-called lame duck session because an estimated $600 billion in federal spending cuts and tax increases take effect at the end of December. And President Obama has invited congressional leaders to the White House on Friday to discuss the issue.

The president wants to extend tax cuts for families that make less than $250,000 annually.

Sen. Chuck Schumer, D-N.Y., said Sunday he agrees with House Republicans who steadfastly say more cuts to federal spending are needed. However, he disagreed with the idea that tax cuts result in deficit reductions and increased government revenue.

“It doesn't make sense,” he said on NBC's "Meet the Press. “I call it Rumpelstiltskin, after the gnome who turned straw into gold. It's a fairy tale.”

“I think there are a lot of ways to skin this cat, so long as everybody comes with a positive, constructive attitude toward the task,” he said on CBS' "Face the Nation."

A similar plan was suggested by the commission created by Obama and led by Republican Alan Simpson and Democrat Erskine Bowles.

Democrat Kent Conrad, chairman of the Senate Budget Committee, also expressed optimism but suggested Congress agree on a plan that would at least give lawmakers enough time to reach a more comprehensive deal to overhaul the entitlement program and the tax code.

"You can't settle every detail in these next few weeks,” he said on Fox. “What you can do is agree on a framework.” 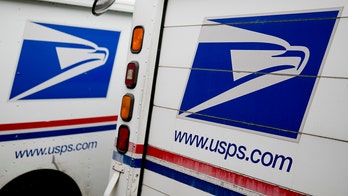 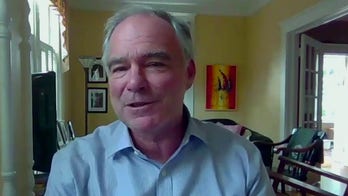