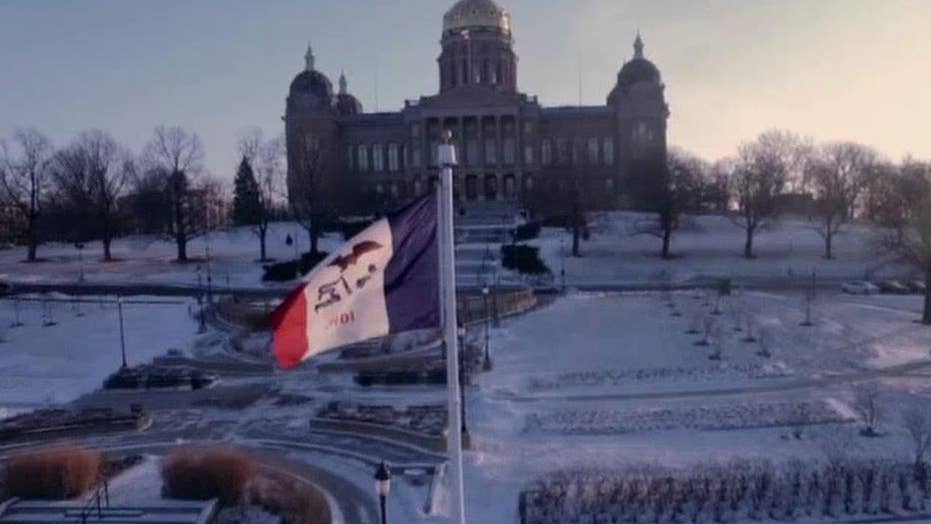 How do the Iowa caucuses actually work?

After months of campaigning and more than $150 million spent on advertising, the race for supremacy in Iowa is close in both parties.

Among Republicans, the latest polls show real estate billionaire Donald Trump holding a slim edge over Cruz. Cruz, who became the first major candidate from either party to enter the presidential race 315 days ago, has pinned his hopes to a sophisticated get-out-the-vote operation. Cruz has also modeled his campaign after past Iowa winners, visiting all of the state's 99 counties and courting influential evangelical and conservative leaders.

"If you had told me 10 months ago that the day before the Iowa caucuses we'd be in a statistcal tie for first place I would have been thrilled and exhilarated," Cruz told Fox News late Sunday.

The Republican caucus is also the first test of whether Trump can turn the legion of fans drawn to his plainspoken populism into voters. The scope of the billionaire's organization in Iowa is a mystery, though Trump himself has intensified his campaign schedule during the final sprint, including a pair of rallies Monday.

By contrast, Cruz told Fox News, "We're not finding Trump's troops on the ground. ‎They don't have an organization that is perceptible."

Cruz has also spent the closing days of the Iowa campaign focused on Marco Rubio, trying to ensure the Florida senator doesn't inch into second place. Rubio is viewed by many Republicans as a more mainstream alternative to Trump and Cruz, though he'll need to stay competitive in Iowa in order to maintain his viability.

On the Democratic side, Sanders has rallied to close a 40-point polling deficit against former Secretary of State Hillary Clinton, reviving memories of her disappointing showing in Iowa eight years ago.

"Stick with me," Clinton said as she rallied supporters Sunday in Council Bluffs. "Stick with a plan. Stick with experience."

Sanders, whose crowds have been large and generally younger than Clinton's, urged voters to help him "make history". In a show of financial strength, Sanders' campaign announced Sunday it had raised $20 million in January alone. While Sanders has a large team in Iowa, his operation got off to a later start, particularly compared with Clinton, who has had staff on the ground in the state for nearly a year.

"I think we have a shot to win it, if people come out," Sanders told ABC's "This Week." The self-described democratic socialist's message that the U.S. economy is “rigged” against the middle class has appeared to resonate with an electorate that has grown frustrated with Washington and given rise to insurgent candidates like Sanders and Trump.

The campaigns were anxiously keeping an eye on the weather, but a snowfall forecast to start Monday night appeared more likely to hinder the hopefuls in their rush out of Iowa than any potential voters. Republican John Kasich already had decamped to New Hampshire Sunday, with New Jersey Gov. Chris Christie and former Florida Gov. Jeb Bush scheduled to follow Monday afternoon, hours before the caucuses start.

The trio of governors has had a light footprint in Iowa, banking instead on strong showings in New Hampshire's Feb. 9 primary to jumpstart their White House bids. Yet some Republican leaders worry that if Trump or Cruz pull off a big victory in Iowa, it would be difficult to slow their momentum.

Unlike in primaries, where voters can cast their ballots throughout the day, the caucuses begin across Iowa at 7 p.m. CST.

Democrats will gather at 1,100 locations and Republicans at nearly 900 spots.

Turnout was expected to be high. The Iowa Republican Party expected GOP turnout to top the previous record of 120,000 people in 2012. Democrats also expect a strong turnout, though not nearly as large as the record-setting 240,000 people who caucused in the 2008 contest between Clinton, Barack Obama and John Edwards.

Iowa has decidedly mixed results in picking the parties' eventual nominees. The past two Republican caucus winners -- former Arkansas Gov. Mike Huckabee and former Pennsylvania Sen. Rick Santorum -- faded as the race stretched on. But Obama's unexpected 2008 victory was instrumental in his path to the nomination, easing the anxieties of those who worried the young black senator would struggle to win white voters.

While both parties caucus on the same night, they do so with different rules.

Republicans vote by private ballot. The state's 30 Republican delegates are awarded proportionally based on the statewide vote.

Democrats take a more interactive approach, with voters forming groups and publicly declaring their support for a candidate. If the number of people in any group is fewer than 15 percent of the total, they can either choose not to participate or can join another viable candidate's group.

Those numbers are awarded proportionately, based on statewide and congressional district voting, as Iowa Democrats determine their 44 delegates to the national convention.

Fox News Channel's Carl Cameron and the Associated Press contributed to this report.