As some Democratic Party mainstays across the country fall to insurgent left-wing candidates, attention turns Thursday to Delaware, where a veteran senator faces a primary challenge from another political neophyte.

Kerri Evelyn Harris, a former mechanic who also worked as a loadmaster at an Air Force base, has been backed by Alexandria Ocasio-Cortez in her push to defeat Sen. Tom Carper -- who has held the seat since 2001. According to McClatchy, Harris keeps a photo of herself with Ocasio-Cortez taped to a wall inside her campaign headquarters.

Ocasio-Cortez has sparked hopes of a larger left-wing wave through the Democratic Party after she beat Rep. Joe Crowley, D-N.Y., in June. Another left-wing challenger, Ayanna Pressley, a Boston city councilor, on Tuesday unseated 10-term Rep. Michael Capuano, D-Mass., in a primary race. Pressley had also been backed by Ocasio-Cortez.

And in Florida, Bernie Sanders acolyte Andrew Gillum, the mayor of Tallahassee, picked up a surprise win in Florida's Democratic gubernatorial primary. The rapid-fire wins have encouraged left-wing activists hoping to reshape the Democratic Party in the image of Sanders, the Vermont senator and 2016 Democratic presidential primary candidate.

"I see myself a part of the movement for the people," Harris told The Associated Press. "It's moved beyond Bernie. There's people in all parties who are ready for this."

But Carper, who had a significant fundraising advantage - $1.3 million to Harris’ $120,000 as of August - has responded by touting his bipartisan credentials. 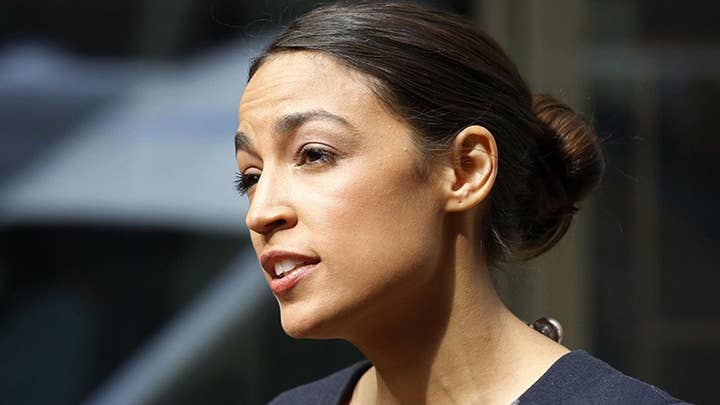 "Across the country, we have a number of folks that are on the progressive wing of the party, really the far-left flank of our party. Some of them have little tolerance for centrists," he said.

Carper has received the backing of former Vice President Joe Biden -- himself a former Delaware senator -- as well as the AFL-CIO. But Harris, 38, has labeled Carper as a “corporatist,” and cited his support for the Keystone XL pipeline as a negative.

"His entire career, if you look at it, has been centered around making sure corporations thrive, and almost a Republican idea of there will be a trickle-down effect. We know that trickle down doesn't work," she said.

Harris’ views, meanwhile, include key platforms of the hard Democratic left, including abolishing Immigration and Customs Enforcement (ICE), the legalization of marijuana, a $15 minimum wage and government paid health care for all. According to McClatchy, Harris has received help from the Working Families Party, for financial support for digital ads and direct mail.

While the winner of the primary is likely to be the favorite in November, Carper has suggested a hard left challenge in Delaware is unlikely to be as well received as in Ocasio-Cortez’s New York.