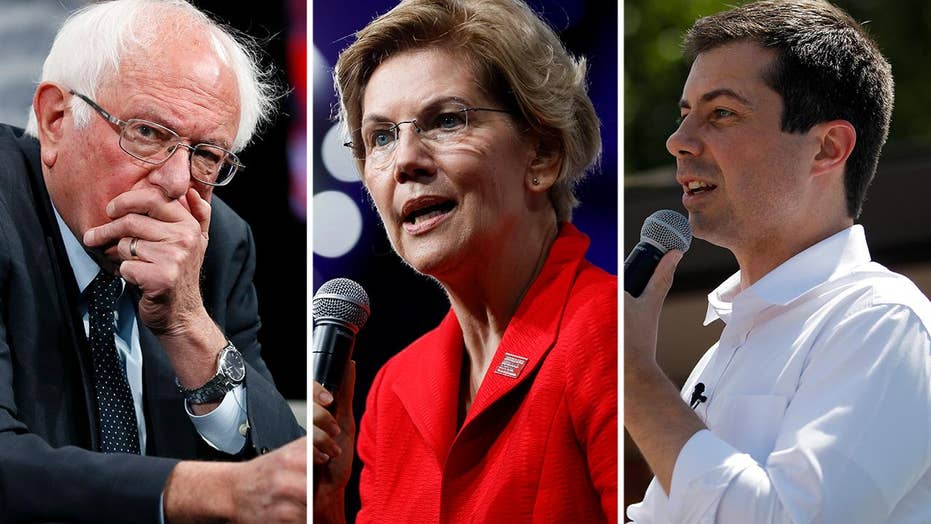 Wisconsin -- long a stronghold for Democratic White House aspirants -- famously went unvisited by Hillary Clinton before she lost the Rust Belt state and the presidential race to Donald Trump in 2016.

But hoping to avoid the mistakes of 2016, Democrats this time have sent 30 field organizers to Wisconsin as part of the party's revamped ground game. On top of that, thousands of Democrats from across the country will flock to Milwaukee for the party’s national convention, when the party crowns its nominee to run against Trump in 2020.

“We’re doing a lot right now to make sure that Wisconsin goes blue and doesn’t hand the election to Trump,” Courtney Beyer, communications director for the Democratic Party of Wisconsin, told Fox News.

'We understand that if we are not only going to win elections at the top of the ticket, but also down ballot, we need to start talking to people now.'

In places like Wisconsin -- and other states that went for Trump in 2016 -- Democrats are working to right the wrongs of 2016, when it seemed to take Clinton’s ascent to the White House as a given. Now, it’s using technology, voter engagement and local organizing as its top tools in the fight to unseat Trump and win local elections.

“We understand that if we are not only going to win elections at the top of the ticket, but also down-ballot, we need to start talking to people now,” said Xochitl Hinojosa, the communications director for the Democratic National Committee. “So that was the biggest thing that we’ve learned is that you have to talk to people, and you have to build a relationship with them.”

“We realize that you can’t just show up in these communities before an election,” Beyer said.

In Arizona, Florida, Georgia, Michigan, North Carolina, Pennsylvania and Wisconsin, the DNC is making a “multimillion-dollar investment” with progressive partners that hires and trains field organizers, largely from the communities they’ll be organizing in, for the 2020 election cycle, according to information given to Fox News by the DNC. 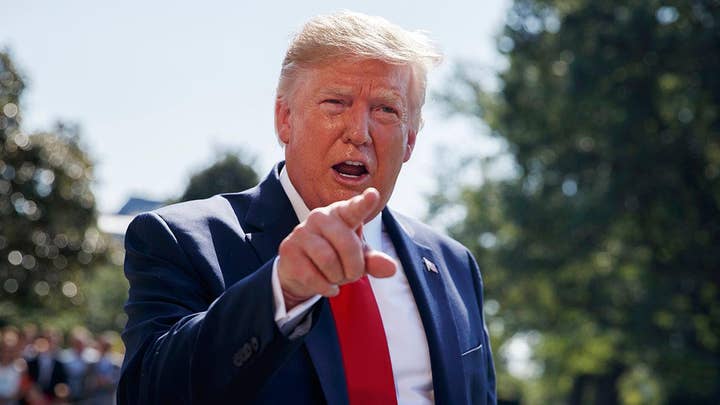 If successful, Hinojosa said the program will rectify strategic wrongs of presidential campaigns past. Namely, the earlier organizing and voter engagement would help the eventual nominee avoid needing to ramp up those efforts after winning the primary election.

At a recent press event in Michigan – another state Democrats are focusing on -- DNC Chairman Tom Perez said that 2018 was “the gift that keeps on giving.” That gift being the national party’s investments in state parties and community-based field organizing — two strategic investments that are giving the party hope ahead of the pivotal election.

Not to be outdone, a spokesperson for the Republican National Committee said the party holds regular training weeks with state parties across the country and trains volunteers through its Trump Victory Initiative Program, which began in 2015.

“We’ve got a robust ground game, with thousands of highly-trained volunteers in place from previous cycles, and a data-driven infrastructure that we’ve been investing in continuously since 2014,” Blair Ellis, the national press secretary for the RNC, told Fox News. “It’s this top-tier organization coupled with the Trump administration’s incredible economic track record that puts us in a strong position to secure more Republican victories heading into 2020.”

Trump has also been fundraising at a furious pace, amassing a huge war chest in preparation for a general election brawl.

But in addition to the Organizing Corps, the DNC has upped its contributions to state parties by 33 percent compared to their investments around this time in 2015. They’ve also touted renovations to their data operations.

The “Democratic Data Exchange” will enable coordination between candidates, state parties, the DNC and other progressive organizations so they can better reach voters by phone, email and the web.

“[The data exchange] was a way that kind of brought all the different players to the table to begin discussing what was possible,” Juan Penalosa, executive director of the Florida Democratic Party, said. “… a lot of it is streamlining and better communication.”

Penalosa said the changes the DNC has made represent a sea change in philosophy — one that’s long overdue. In the past, he said the DNC’s investment would come about four months before a general election. Now, the Florida Democratic Party is riding a wave of investment into the primaries.

'If we can get that message out there, we can win those voters. We need to make sure we get our message out, and don’t let Republicans lie, quite frankly, and call us socialists.'

Penalosa said the DNC gave his party $50,000 to start a Latino-focused radio talk show to engage Spanish-speaking voters across the state.

“If we can get that message out there, we can win those voters,” he said. “We need to make sure we get our message out, and don’t let Republicans lie, quite frankly, and call us socialists.”

Although Democrats at the top of Florida’s 2018 ticket lost, Penalosa said he’s encouraged by the down-ballot races.

“We kept it close from top to bottom and flipped a lot of seats as a result,” he said.

Penalosa also said the state party recruited 90 organizers from Organizing Corp 2020, 40 percent of whom speak Spanish. They also launched an initiative to recruit people of color to run for municipal offices across Florida.

Michigan is another focal point of the DNC’s strategy for 2020. In 2016, the state narrowly went to Trump, who won by less than a percentage point. Democrats are working to make sure the coming presidential election is nowhere near that close.

“We’re going to engage people 365 days a year, every year, to make sure they know how powerful they are politically,” Michigan Democratic Lt. Gov. Garlin Gilchrist II said.

In many ways, Gilchrist represents the next generation of Democratic leaders. The 36-year-old computer engineer left a job at Microsoft for community organizing roles. He assumed his first publicly elected office in 2016 on a ticket with Michigan Gov. Gretchen Whitmer, becoming the first black lieutenant governor in the state’s history.

Of the upcoming election, he vowed to “make sure that Michigan turns back to a blue state for the next generation.”

Andrew Keiper is an Associate Producer on the Investigative Unit at Fox News. He also covers the 2020 campaign trail. You can follow him on Twitter at @keiperjourno.