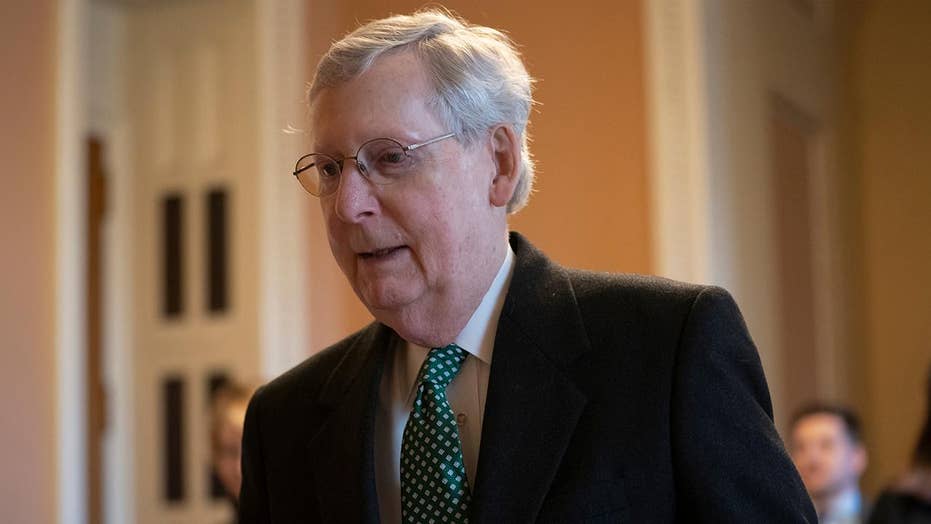 Commentators spilled a lot of ink this week, forecasting the end of the Senate filibuster.

They didn’t have to. The filibuster’s days have been numbered for years.

SENATE MOVES TO SPEED UP CONFIRMATION OF NOMINEES

Senate Majority Leader Mitch McConnell, R-Ky., deployed an artful parliamentary gambit this week on a related front. McConnell’s goal was to prune the amount of time the Senate can burn after it breaks a filibuster -- before confirming lower-level administration nominees. Congressional observers suggested that McConnell’s maneuver spelled doom for the filibuster itself.

The Senate’s tinkered around the edges of the filibuster – as it pertains to nominees – three times in five-and-a-half years. Squeezing available debate time was the case this week. The chamber lowered the bar to crush filibusters for nominees via what’s billed as “Nuclear Option #1” in 2013 (under Democratic control) and Nuclear Option #2 in 2017 (under Republican control). But both of those schemes only dealt with nominations. There is nothing in the mix yet about abolishing filibusters for legislation.

McConnell says the Senate doesn’t have the votes to euthanize the legislative filibuster. He’s right. But only for now. That may change. The Senate previously lacked the votes to lower the standard to squelch filibusters for executive branch nominees, except the Supreme Court. That was the case until then-Senate Majority Leader Harry Reid, D-Nev., deployed Nuclear Option #1 in 2013. McConnell then dropped the requirement of 60 votes to quash a filibuster on Supreme Court nominees with Nuclear Option #2 in 2017. The Senate didn’t have the support to accelerate the confirmation of lower-tier nominees -- until McConnell meddled with Senate procedure this week.

Like everything on Capitol Hill, it comes down to the math. That’s why Reid and McConnell carried out these ploys. They had the votes on their side. So they went ahead and executed their plans.

Reid and McConnell both administered their filibuster-related contrivances to boost Presidents Obama and Trump, respectively. So why wouldn’t a Senate majority try to boost a president of their own party by ending the legislative filibuster? 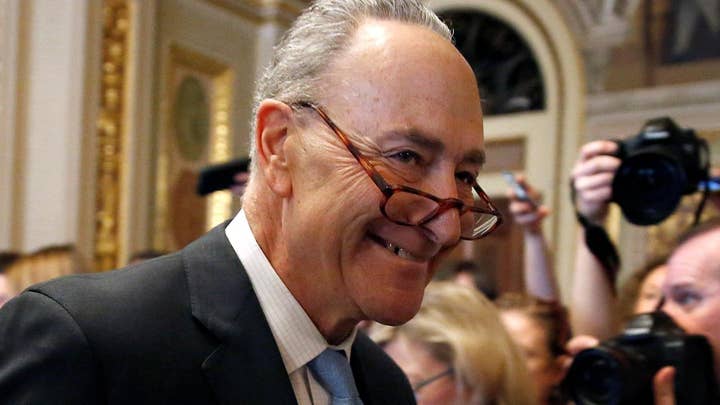 Trump repeatedly browbeat McConnell over the current filibuster rule for legislation. Sixty votes are necessary to terminate a legislative filibuster. A filibuster prevented Trump from scoring a big win two years ago to repeal and replace ObamaCare. At the time, Republicans only held a 51-49 advantage in the Senate. Senate Republicans fretted that eliminating the legislative filibuster could backfire. Democrats would only have to poach the votes of a couple of Republican senators to advance their own legislative priorities – despite GOP Senate control. For instance, a coalition of Republican senators worked with Senate Democrats last year to undercut a Trump administration policy about net neutrality.

It would take a lot to kill the legislative filibuster.

The Senate can vote to change any of its rules. But altering the rules is subject to a filibuster itself. The threshold to kill the filibuster of a proposed rules change is an eye-popping 67 yeas. Two-thirds of the Senate.

So, it’s nearly impossible to change the Senate’s rules.

But there’s the rub. The Senate conducts much of its business via precedent. There are only 44 standing rules. Yet the book of Senate precedents is immense. Neither Reid nor McConnell could amass 67 votes for a rules change. But they sure could steer the Senate into the appropriate parliamentary posture to implement a precedent change. A precedent change entails a mere 51 votes (or a simple majority). That’s precisely how Reid and McConnell effectuated the latest parliamentary shifts for filibusters. And if the Senate would ever eliminate the legislative filibuster, senators would likely follow the course burnished by Reid and McConnell for the Nuclear Option.

Americans romanticize the filibuster. They think of stem-winding, all-night orations and Jimmy Stewart. But most filibusters aren’t that intriguing.

Seizing the Senate floor and speaking for hours on end isn’t always a filibuster. Blocking something constitutes a filibuster. Remember the “filibuster” just before the 2013 government shutdown by Sen. Ted Cruz, R-Texas? Cruz spoke on the floor for 21 hours and 18 minutes. It was the third-longest speech since 1900. But Cruz wasn’t filibustering. Cruz had to yield the floor around noon the next day because Reid locked the Senate in for a procedural vote. So, even though Cruz spoke for a really long time, it truly wasn’t a filibuster. The Texas Republican simply delivered an exhausting speech.

The public rarely notices filibuster, even though they go on all the time. Dozens of bills never make it to the floor because a senator or a group of senators are filibustering the bill. You just don’t see them doing it publicly. The Senate majority leader knows if he has the votes to complete a bill. If he doesn’t, the leader usually doesn’t try to force the issue because of a phantom filibuster. So the Senate never even tackles those bills.

That said, the Senate votes to break filibusters constantly. The Senate vanquishes filibusters by “invoking cloture.” In those instances, the filibuster is real. Senators usually aren’t on the floor talking all day and night. But in order to move on, the majority leader initiates the process via Rule XXII to “bring debate to a close.” The leader typically knows he has 60 votes to “invoke cloture” and kill the filibuster.

There is some thought on Capitol Hill that the filibuster could evaporate if Republicans maintain control of the Senate in 2020 and Trump wins a second term. Perhaps the same scenario is in play if Democrats win the Senate and the White House in 2020, too. Others suggest the demise of the legislative filibuster won’t come until 2025.

But one thing’s for sure: a weapon exists to get rid of the filibuster. Harry Reid invented the Nuclear Option stratagem. McConnell’s now perfected it. The only difference is if the Senate has the political will to eliminate this Senate tradition.