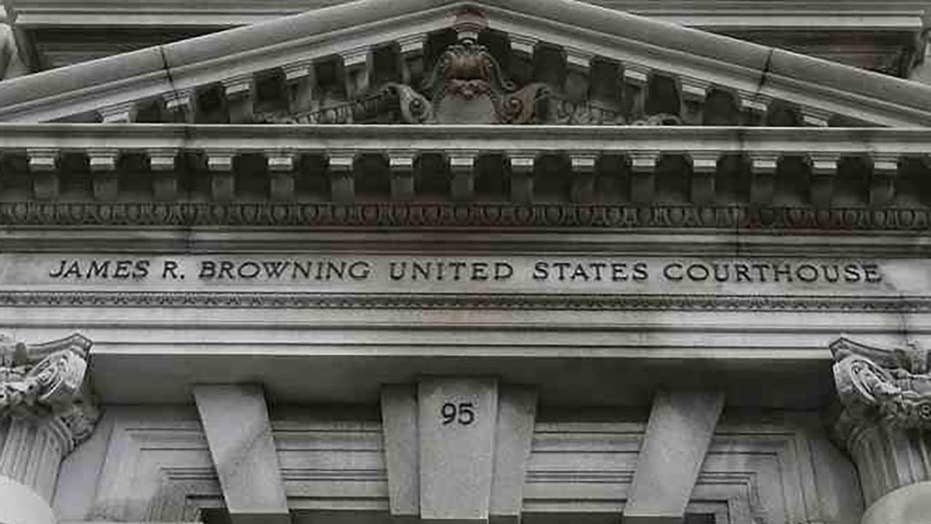 How would a conservative shift in in federal courts help push Trump's agenda? Constitutional law attorney Jenna Ellis weighs in.

Senate Republicans used a procedural maneuver on Wednesday to effectively prevent Democrats from using delaying tactics to stall votes on President Trump's nominees to federal district courts and the executive branch, as the White House continues its push to transform the judiciary.

Under rules in place prior to Wednesday, any senator could force 30 hours of debate on a nominee, even after the Senate has voted to halt a filibuster and move forward with a vote on the nominee's confirmation. The GOP's move Wednesday restored a precedent that had been in place during the first few years of President Barack Obama's second term, and limited that debate time to just two hours.

Cabinet secretaries, Supreme Court nominations, and appeals court judges are exempted from the new precedent, which will continue indefinitely.

Senate Majority Leader Mitch McConnell, R-Ky., accomplished the change by making a point of order, which was upheld by a 51-48 vote. The change in precedent is not technically a formal change in Senate rules, which would require a 67-vote threshold to end a filibuster.

McConnell said the situation had gotten out of hand, with the Senate taking 128 votes to end debate on Trump's nominees during his first two years in office, far more than under other presidents.

"The comprehensive campaign by Senate Democrats to delay Senate consideration of presidential nominations is now more than two years old," McConnell said. "It's time for this sorry chapter to end."

The move comes as the White House has also sought to speed up the process of installing conservative judges. Trump has aggressively nominated -- and Senate Republicans have confirmed -- several judges to the left-leaning 9th Circuit Court of Appeals without first obtaining the approval of the judge's home-state senators.

"The Senate's advice and consent power is not supposed to be used to slow-walk all of a president's nominees simply because one party doesn't like the president who is doing the nominating," said South Dakota Sen. John Thune, the second-ranking Republican.

The point of order votes came following the votes to end debate on the nominations of Jeffrey Kessler for Assistant Secretary of Commerce and Roy Altman for a judgeship on the Southern District of Florida.

"It's time for this sorry chapter to end."

Former Democratic Majority Leader Harry Reid of Nevada used the same approach in 2013 to lower the filibuster threshold on most nominations to a simple majority when faced with what Democrats said was GOP obstructionism.

NEARLY HALF OF LEFT-LEANING 9TH CIRCUIT IS NOW REPUBLICAN-APPOINTED, THANKS TO TRUMP'S AGGRESSIVE PUSH

Republicans said at the time that Reid and Democrats would come to regret that rules change, which has given Trump largely free rein to fill numerous judicial vacancies that have piled up over the years.

Many Democrats, who benefited from prior rules changes under Obama, are protesting now. They say the GOP move would enable Trump and future presidents, so long as their party controls the Senate, to run roughshod over the Senate.

They say the hurdles required to win confirmation should be difficult as a way to ensure nominees are ethical, qualified and responsive to requests by senators for information.

The president asks those gathered if he should stick with 'Make America Great Again' or 'Keep America Great'.

"There is no emergency that justifies changing the Senate rules. Sen. McConnell himself admitted the Senate has plenty of time to consider nominees," said Sen. Dick Durbin, D-Ill. "This is all about avoiding close scrutiny for extreme ideological nominees that Republicans want to pack onto the federal courts for lifetime appointments."

But other Democrats, McConnell said, indicated behind the scenes that they could support the rules change provided that it wouldn't take effect until the next administration.

Democrats also say that GOP complaints over their tactics now ring hollow after the obstructionism Obama experienced over his two terms.

Merrick Garland, a federal appeals court judge nominated to the Supreme Court by Obama, failed to get a Senate hearing, and Republicans stalled numerous other Obama judicial nominees — both when the GOP was in the minority and then after retaking the Senate in 2015.

Armed with the White House and control of the Senate, Trump is now confirming both district and appeals court judges at a dizzying pace and is positioned to reshape the federal judiciary even if he fails to win a second term.