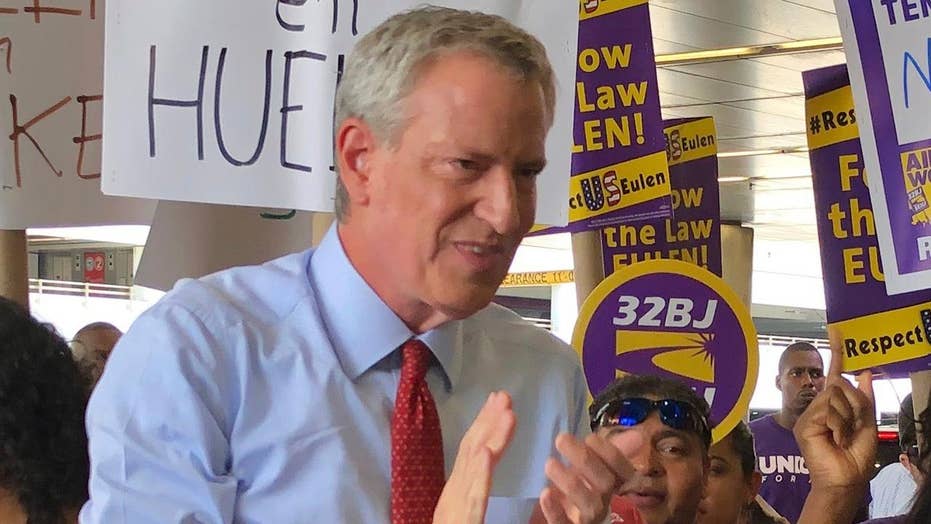 The 2020 democratic candidate claims he did not now the phrase 'hasta la victoria, siempre' was from the Communist leader.

The New York City mayor vowed in his opening statement that he would raise taxes on wealthy Americans if he makes it to the White House.

“For 40 years the working people have taken it on the chin in this country. For 40 years the rich got richer and they paid less and less in taxes. It cannot go on this way,” de Blasio said. “When I am president we will even up the score. We will tax the hell out of the wealthy to make this a fairer country.”

De Blasio – who’s no sure bet to make the debate stage for the upcoming third and fourth rounds of debates in September and October – also quickly targeted Biden and Harris.

“Joe Biden told wealthy donors that nothing fundamentally would change if he were president. Kamala Harris said she’s not trying to restructure society. Well, I am,” de Blasio said – as he touted his progressive credentials.