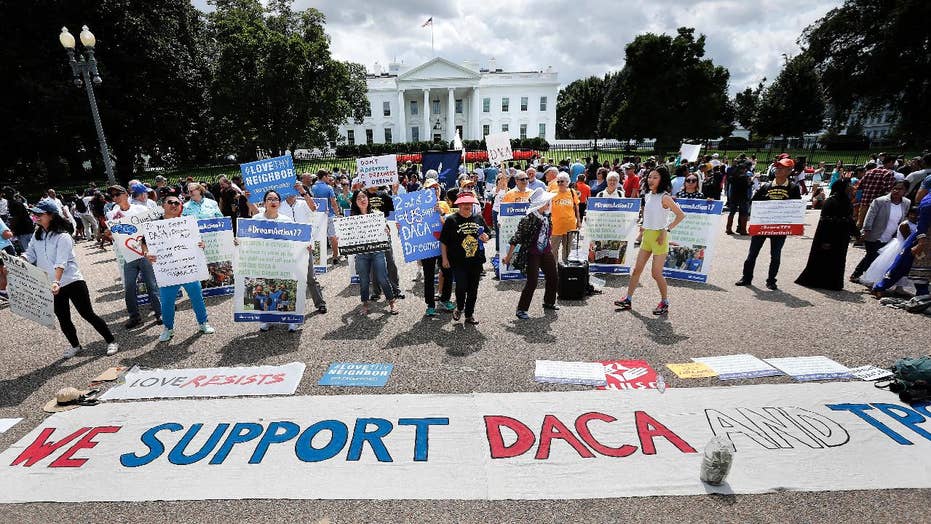 DACA too complex for Congress to address?

New York governor Andrew Cuomo served notice Monday that he will sue if President Trump ends the Obama-era program that allows illegal immigrants who came to the U.S. as children to stay.

“If he moves ahead with this cruel action, New York State will sue to protect the ‘dreamers’ and the state’s sovereign interest in the fair and equal application of the law,” Cuomo said.

“In New York, we are stepping up to protect immigrants,” he said.

President Obama established the Deferred Action for Childhood Arrivals program in 2012 to young children who came to the U.S. without legal status.

According to data from U.S. Citizenship and Immigration Services, about 790,000 people have been granted work permits under the program.

President Trump is expected to end the program soon, sources have told Fox News, giving Congress six months to figure out a way to replace it.

In addition, a source close to Obama told Politico that the former president will speak out on Facebook and Twitter – where he has a combined 148 million followers and fans – if the current president pulls the plug on DACA.

Although Obama has mostly refrained from criticizing his predecessor, he said in his final press availability that he would not remain silent in the face of “efforts to round up kids who have grown up here and for all practical purposes are American kids, and send them someplace else, when they love this country,” reports Politico.

Critics of the program have called it an abuse of President Obama’s executive power, while those that benefit from it are reportedly in “panic” mode with its future uncertain.

The reports about White House plans for DACA come on the same weekend that Alonso Guillen, a 31-year-old 'dreamer' born in Mexico, was killed when his boat capsized in Houston flood waters. He had volunteered to rescue people stranded in Harvey's wake.

“Dreamers are Americans in every way…They played by the rules. They pay more than $140 million in state and local taxes,” said Schneiderman in a statement. “They are vital members of our community. The poem at the base of the Statue of Liberty, written by the descendant of early Jewish immigrants, promises this nation will ‘lift its lamp’ for the huddled masses. New York will never break that promise.”