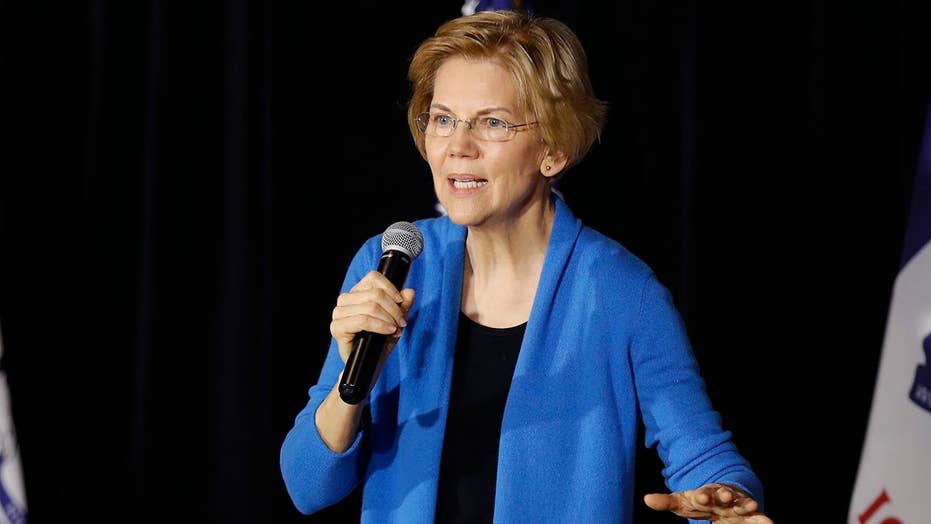 Sen. Elizabeth Warren, D-Mass., said she had “zero” sympathy for parents caught up in the college cheating scandal during a Wednesday appearance on MSNBC.

Warren did not elaborate on her feelings after being asked the question as part of a number of rapid-fire questions posed by “Mornin’ Joe” co-host Mika Brzezinski.

Critics pounced on Warren, who has been embroiled in controversy over her alleged Native American heritage.

“Elizabeth Warren just said she had ‘zero’ sympathy for the parents involved in the college admissions cheating scandal,” Republican National Committee chairwoman Ronna McDaniel tweeted. “It’s ironic that she’s so offended given that she lied about being a minority to climb the Ivy League ladder.”

Warren, a 2020 presidential candidate who is originally from Oklahoma, had for decades claimed to have a Native American heritage; her critics say she used it to advance her career by promoting herself as a “minority.” Warren denies that.

Earlier this month it was reported that Warren herself indicated that her race was "American Indian" in a handwritten registration form filed in 1986 with the Texas State Bar.

President Trump regularly mocks Warren on the issue, referring to her as “Pocahontas.”

Fifty people have been charged in the college admissions scandal, including more than 30 parents and nine coaches.

"This is just stunning," Warren told ABC News Tuesday. "To me this is just one more example of how the rich and powerful know how to take care of their own."