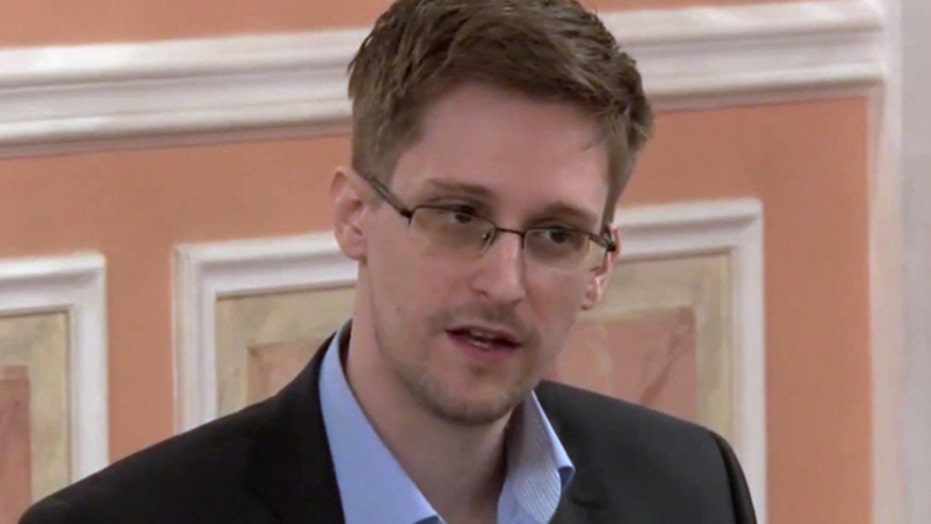 Reporters who in any way sold access to NSA documents leaked by Edward Snowden could risk facing criminal charges, according to recent congressional testimony.

In what appeared to be a significant exchange, Rep. Mike Rogers, R-Mich.,chairman of the House Permanent Select Committee on Intelligence, pressed  FBI Director James Comey Tuesday on what constituted illegal activity.

"Mr. Comey, to the best of your knowledge, is fencing stolen material -- is that a crime?” Rogers asked.

"Yes it is,” Comey replied.

"And,” Rogers asked, “would selling the access of classified material that is stolen from the United States government, is -- would that be a crime?"

"It would be,” Comey replied.  “It -- it's an issue that can be complicated if it involves a news gathering, a news promulgation function, but in general, fencing or selling stolen property is a crime."

"Right, if you're a newspaper reporter and you're hocking stolen jewelry, it's still a crime," Comey replied.

During testimony a week earlier before the Senate Select Committee on Intelligence, the nation's intelligence chief, James Clapper, said, "Snowden and his accomplices" should return the remaining NSA documents to avoid the "profound damage that his disclosures have caused and continued to cause."

In an e-mail to Fox News, former Guardian columnist and Snowden associate Glenn Greenwald said Rogers "has a proven track record of outright lying and fabricating to distract attention from his oversight failures, and his accusation that reporters have sold documents is yet another example."

Greenwald referred Fox to a report in The Guardian, where the lion's share of the NSA documents have been published, which quotes Greenwald as saying,  "I have never, ever sold a document, where I get money and I say 'here's a document, go off and do whatever you want with it.''"

Asked whether his statement also covered “selling access,” Greenwald was adamant. “The only contracts I've ever entered into are for freelance work where I conceived of stories, helped draft them, edited them, and did everything else a freelance journalist does on stories, “ he said.

While it is not publicly known whether this scenario is a hypothetical, or whether evidence exists to support the congressman's line of questioning of Comey, a leading national security defense attorney, Edward MacMahon Jr., said the straight up sale of classified information crosses the line.

"If the government finds information that some journalist--by hook or by crook--ended up with classified information, and then began to sell it on the open market, that would certainly get their attention in a way that would be beyond a news-gathering defense to a case," MacMahon said.

MacMahon is representing CIA employee Jeffrey Sterling, who is accused of leaking classified information to New York Times reporter James Risen, who resisted calls to testify about his sources. The case is now before the Supreme Court, awaiting a decision on whether the justices will hear it.

While not commenting on the specific issues in the Sterling case, MacMahon said the publicly available indictment shows the government claims that the sale of Risen's book, which is alleged to include classified information worth in excess of $1 million, was a crime.

A review of the NSA leaks by Fox News shows the majority of the leaks since June deal with sources, methods and surveillance activities overseas, rather than the privacy rights of American citizens. Snowden repeatedly has said he acted alone in assembling and leaking a vast trove of information on the scope of US surveillance efforts.