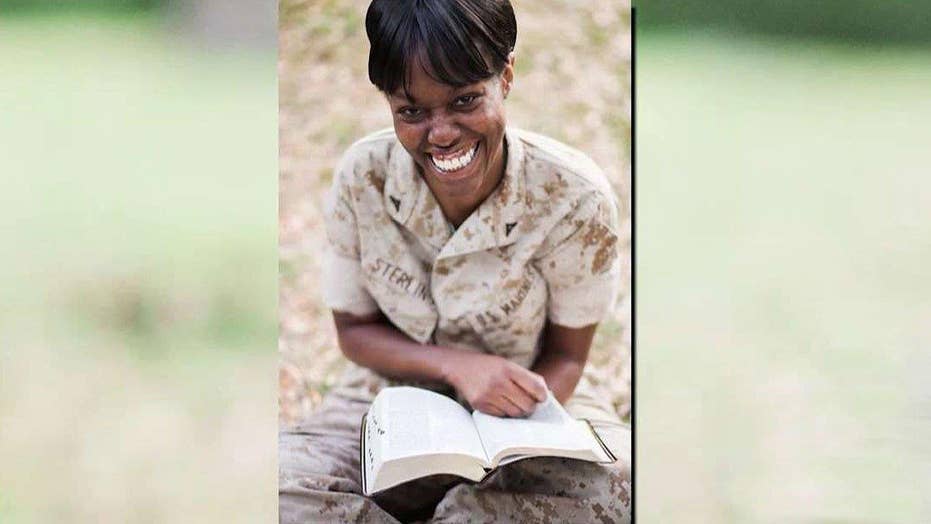 How does religious freedom apply to servicemembers?

A federal appeals court on Wednesday weighed the case of a former Marine court-martialed in part for expressing her Christian faith while on the job – though the Marine’s lawyer faced tough questions from judges who suggested she was “thumbing her nose at a superior” with her actions.

Monifa Sterling, while with the Marines, had posted biblical verses at her desk, despite orders from a superior to remove them. At issue in Wednesday’s case is the extent to which a federal law on religious freedom protects members of the Armed Forces like her.

The central issue of free speech on government property, especially within a military context, has made this case closely watched. But several judges hearing the case at a 45-minute oral argument seemed skeptical Sterling had done enough to assert her right to post the messages.

"The military is a structured society," said Chief Judge Charles Erdmann of the U.S. Court of Appeals for the Armed Forces. "How can we hold the military at fault when no request for an accommodation was made?"

"They are supposed to be neutral" on matters of religion, said Judge Scott Stucky. "Does throwing a cloak of religion over this case excuse it from a court-martial?"

Sterling, who was a lance corporal stationed at Camp Lejeune, N.C., was court-martialed for various offenses relating to separate incidents -- including disrespecting a superior officer, disobeying lawful orders and failing to report to an assigned duty. She was reduced in rank, was given a bad-conduct discharge, and has since left the service.

Part of the broader case against her stemmed from a personalized version of the biblical phrase from Isiah 54:17: "No weapon formed against thee shall prosper." Sterling taped the verses in three spots on her workspace, including her computer.

Court testimony said Sterling's superior ordered her on several occasions to remove the signs, saying at one point, "I don't like the tone." She refused to remove them, so her superior on two occasions took them down and put them in the trash, after Sterling had simply reprinted and reposted the messages.

Her lawyer admitted Sterling did not ask for permission to post or repost the verses, or assert her rights before the court-martial.

She did not comment on the case for Fox News, since this is an ongoing legal matter. Her lawyers say military members deserve the same First Amendment protections enjoyed by civilians.

"This is a historic moment for military religious freedom," said Mike Berry, an attorney with First Liberty Institute, a religious liberty advocacy group told Fox News. "This case will determine whether our service members’ constitutional right to practice their faith will be protected by the law as they serve in the Armed Forces."

A key issue for the judges will be interpreting a 1993 federal law known as the Religious Freedom Restoration Act, requiring the government to seek the "least burdensome" and narrowly tailored means for any law that interferes with religious convictions.

The Supreme Court has already ruled individuals, as well as some companies, churches, and universities, are protected under RFRA, with limitations.

The appeals court considering the Sterling case is expected to issue a decision in coming months, and it then can be reviewed by the Supreme Court.

The lawyer for the military also was peppered with questions from the five-judge appeals panel.

Several judges wondered whether the military gave enough respect to Sterling's religious rights, when they were asserted at her court-martial.

Judge Kevin Ohlson on several occasions suggested Sterling -- who represented herself at the court-martial -- had properly demonstrated a "substantial burden" on her constitutional rights, an important legal hurdle to make a claim under the RFRA law.