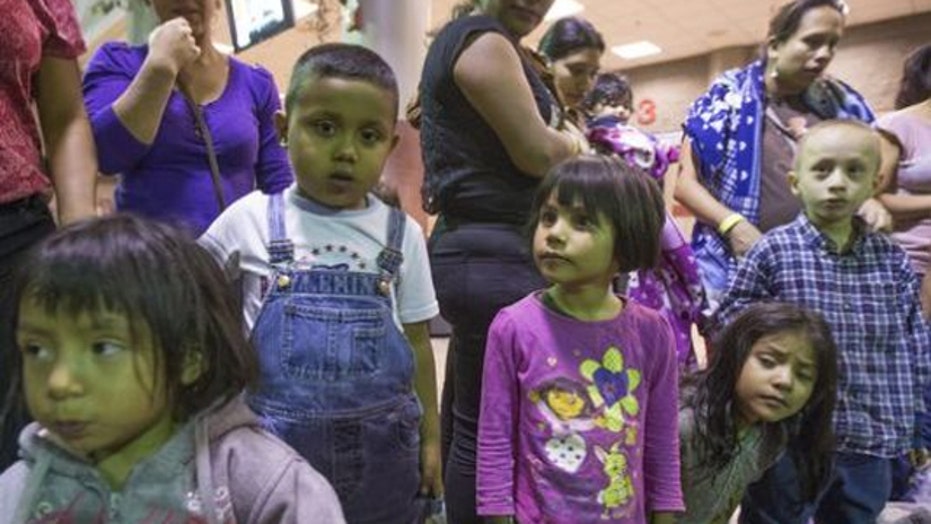 Illegal immigrant students could cost the US $761 million

A new report puts the price of educating the thousands of illegal immigrant children who recently crossed into the U.S. at a whopping $761 million this school year -- as some school systems push for the feds to pick up the tab.

The estimate comes from the Federation for American Immigration Reform (FAIR), which issued a report on the 37,000 “unaccompanied minors” – who mainly are from Central America – after analyzing data from the Department of Health and Human Services and education funding formulas in all 50 states.

The numbers underscore the concerns critics have raised for months about the burden the surge is putting on local school systems and governments.

The report breaks down the costs by state. The biggest impact reportedly will be seen in California, Texas, Florida and New York. The Empire State leads the list with a bill of more than $147 million.

Immigrant rights groups, though, say it’s a small price to pay for helping kids in need.

“We’re one of the wealthiest countries in the world,” said Jorge Baron, of the Northwest Immigrant Rights Project. “We should be able to handle this if we focus our energy and some resources and we make sure that kids are treated well, and treated the way we, in America, believe kids should be treated.”

Education funding is always a battle, and the recession took a toll on available dollars. Thirty-five states are still spending less per pupil than they did in 2008, and school infrastructure is suffering. According to the National Center for Education Statistics, the average age of K-12 public school buildings is 44 years old.

More than half are in need of repair, with the total cost of bringing them up to good condition pegged at $4.5 billion.

State taxes and local property taxes pay for nearly 90 percent of the cost of K-12 public education. The federal government pays for the rest.

Against the influx, some jurisdictions are balking at paying their share for the unaccompanied minors that flooded across the border earlier this year.

Miami-Dade County officials asked the federal government to pick up the tab. So did Arizona’s state superintendent of public instruction. In a letter to Education Secretary Arne Duncan, John Huppenthal wrote, “It is unreasonable to ask Arizona schools and Arizona taxpayers to pay for these expenses. These unaccompanied minors in question did not illegally cross in Arizona, but rather they were bussed into our state by the federal government.”

The single largest concentration of unaccompanied minors is in Harris County, Texas. A total of 2,866 immigrants are now living with sponsors and attending public schools, according to government data.

Maria Moreno, principal of Las Americas Newcomers School in Houston, estimates 140 of her 350 students this year are new arrivals from Central America.

“We want what’s best for our kids, and so we need to almost build those relationships, make sure they get the quality of education that we want for all of our kids, so that they can grow up to be great citizens,” Moreno said.

The challenge in Texas and elsewhere is a shortage of qualified bilingual teachers and the higher cost of teaching students who speak no English. According to one report in 2006, it costs at least 30 percent more to teach a non-English speaking student than it does to educate the average English-speaking student.

The unaccompanied minors, meanwhile, are currently getting their day in court. Immigration hearings are taking place and it will take, by many estimates, at least two years to get through the backlog. FAIR is advocating the minors be deported immediately.