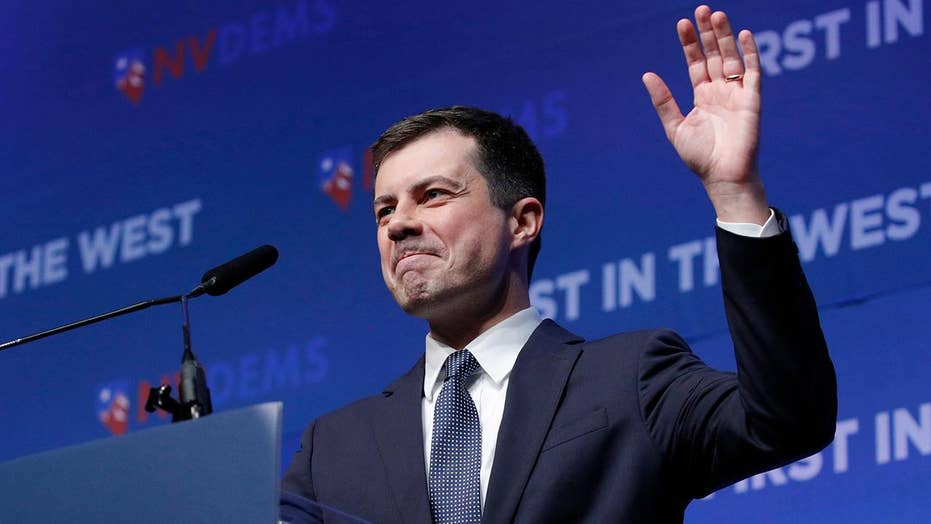 Pete Buttigieg struggles to broaden his appeal to minority voters

Sen. Cory Booker, D-N.J., had some fun at the expense of South Bend, Ind., Mayor Pete Buttigieg over his campaign's fumbles in outreach to black voters.

The Buttigieg campaign faced a stumble last weekend amid the rollout of his "Douglass Plan," meant to strengthen the "empowerment of black America," after it was discovered that an image of a black woman shown on the website promoting the plan was actually a stock photo of a woman in Kenya who apparently had nothing to do with the campaign.

Fox News learned that the photo mix-up was far from an isolated case for the mayor; the plan's website has used other stock pictures of black people seemingly unaffiliated with the campaign.

The Buttigieg campaign told Fox News that the Kenya photo "was removed from the page on our website promoting the Douglass Plan months ago as part of a regular update. However, we know we owe an explanation for how it came to be used to begin with. Using stock photos is standard practice across many campaigns." The campaign also offered an apology for "its use and the confusion it created."

The campaign also unveiled a large list of black South Carolina Democrats who backed the Douglass Plan -- but some of those listed later reportedly said they're supporting other Democrats seeking the presidential nomination.

The satirical news site The Onion mocked Buttigieg's campaign with a headline that joked, "Cory Booker Taken Aback To Find Dozens Of Pictures Of Himself On Buttigieg Campaign Flyers."

That comical piece caught the senator's attention and he squeezed in a jab of his own.

"It's weird because I've never even been to Kenya," Booker tweeted.