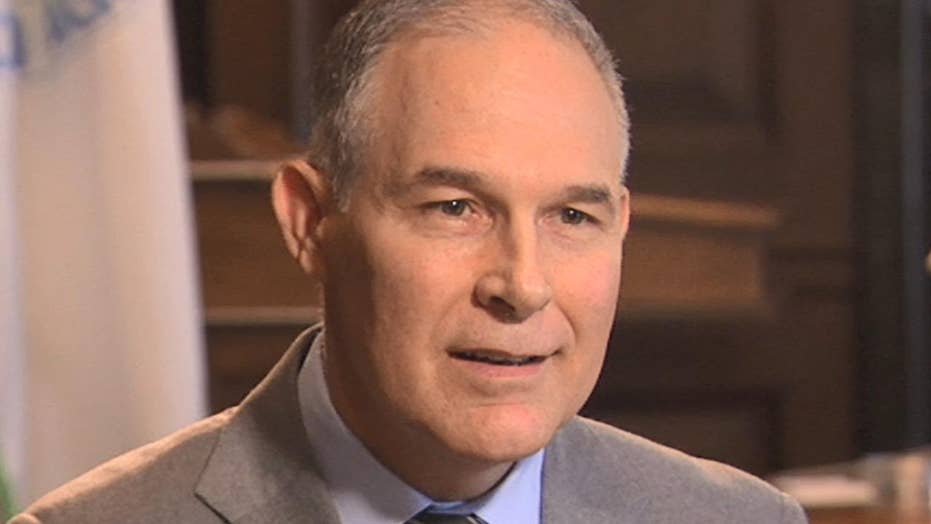 Full interview: Ed Henry talks with embattled Environmental Protection Agency Administrator Scott Pruitt, who fires back at critics, defending his decision to take a $50 a day condo rental from the wife of a lobbyist and claims he just found out about a controversial pay raise for two of his staff members.

Conservative senators on Thursday raced to defend embattled EPA Administrator Scott Pruitt, who is being scrutinized by the White House for arranging a controversial condo rental agreement with the wife of an energy lobbyist.

Sen. Rand Paul, R-Ky., credited Pruitt for his conservative credentials, and his efforts at unwinding environmental regulations imposed by prior administrations.

“.@EPAScottPruitt is likely the bravest and most conservative member of Trump's Cabinet. We need him to help @realDonaldTrump drain the regulatory swamp,” Paul said on Twitter.

“Why do Obama and his media cronies want so badly to drive @EPAScottPruitt out of office? @realDonaldTrump is too cagey to be duped and bullied by the Obama groupies," Cruz wrote on Twitter.

Read more at the Washington Examiner