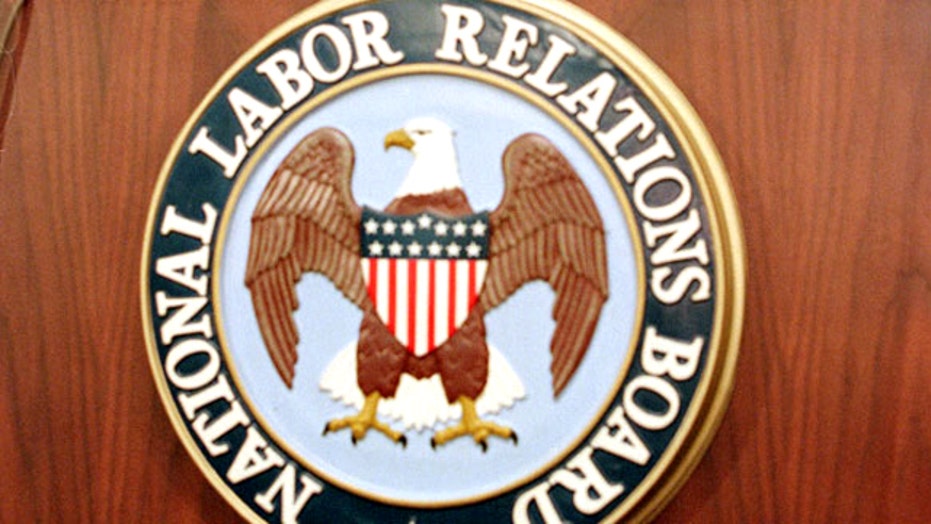 The National Labor Relations Board -- the federal agency tasked with protecting employees from unfair management or union practices -- has become a biased advocate for big labor, according to a newly released congressional report.

The blunt assessment was offered in a staff report released Thursday by Rep. Darrell Issa, R-Calif., chairman of the House Committee on Government Oversight and Reform.

"The NLRB is supposed to be a fair and neutral arbitrator. It's supposed to have a firewall between the judges, if you will, and representatives, as a plaintiff," Issa told Fox News. "Just the opposite is the case."

The NLRB is designed much like an appeals court. The general counsel serves in a prosecutor-like role, and the five-member board acts as the jury.

As in a court of law, rules forbid the two from communicating about pending cases. But NLRB emails turned over to the committee under force of subpoena reveal many such  ex-parte communications, some of them dealing with the challenge to Boeing's decision to build a non-union assembly plant in South Carolina to augment production of the highly sought-after 787 Dreamliner.

That plant, which Boeing invested more than a billion dollars in, is expected to employ 3,800 workers at above-average pay when fully staffed.

In one email obtained by the committee, the associate general counsel of the NLRB, Barry Kearney, praised a union press release about the Boeing case, stating, "hooray for the red, white, and blue."

In another email, reacting to Boeing's intention to fight the complaint, an NLRB attorney wrote "let the games begin." And in another, the NLRB's head of public affairs wrote to the acting general counsel, worried that she "made the Machinists (union) mad."

Issa said these types of correspondence breach the firewall rules under the National Labor Relations Act. "We need to look at the act and the protections that used to be there and perhaps make this ex-parte communication, which is a rule violation, into a criminal violation," he said.

Asked by Fox News to respond to the release of Thursday's report, the head of NLRB public affairs wrote, "Thank you for forwarding the committee report. We weren't aware of it and don't have any comment at this time."

Fox News reported earlier this year that one of the recess-appointed members of the National Labor Relations Board, Richard Griffin, was the long-time general counsel for the Union of Operating Engineers -- a union with a history of mob infiltration, and more than 60 criminal convictions ranging from racketeering to workplace sabotage.

In response to an inquiry from Republican Sen. Orrin Hatch of Utah about the IUOE's mob infiltration and criminal history, Griffin wrote a four-page letter to the senator in which he said he made every effort to ensure union officials fairly represented their 400,000 members. And in "rare instances" of malfeasance in local unions, Griffin said, he worked closely with top IUOE officials to "remove the offending officials and put in place practices and procedures to guard against any recurrence."

Three of the five NLRB Board members with deep ties to big labor were recess-appointed by President Obama to one year terms and did not undergo scrutiny of Senate confirmation. With the adjournment of the 112th Congress only days away, the opportunity now arises for Obama to make more recess appointments.