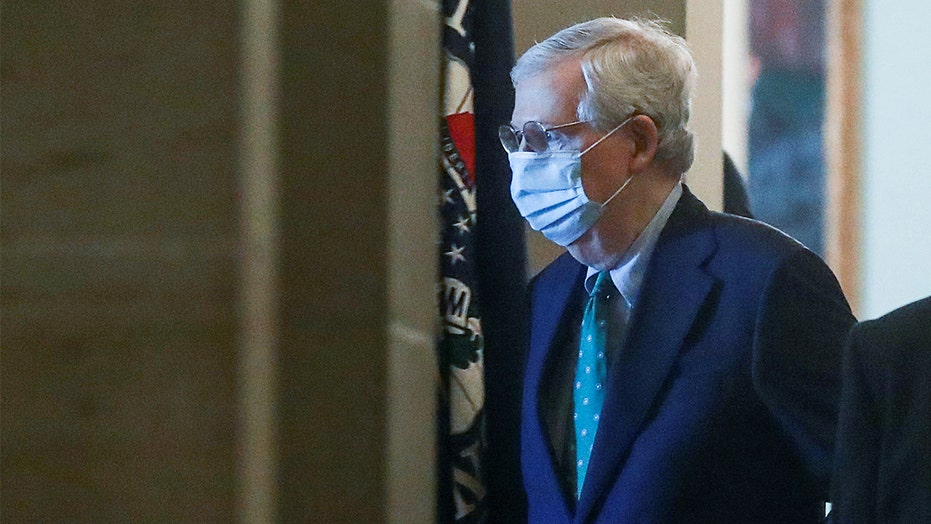 "Republican Senators, like working families across the country, had hoped the Senate would be spending this week completing more bipartisan pandemic relief," McConnell said, speaking from the Senate floor. "Since Democrats are stonewalling pandemic relief, the Senate is using our time to confirm more well-qualified judicial nominees to lifetime positions on the federal bench."

The Senate's effort this week mirrors a similar pattern from last week -- confirming five other nominees.

As The Hill reported Thursday, court picks are a top priority for McConnell, who sees them as the best way for the Republican Party to have a long-term impact on the direction of the country.

During the past two weeks, each of the 13 judges confirmed has been for lower-level district courts and most of the judicial nominations this month have come from Democratic-run states.

While almost all of the nominations were confirmed with a supermajority, two received fewer than 60 votes: the southern district of Illinois's Stephen McGlynn and David Dugan.

McGlynn and Dugan notably split the votes of Illinois Democratic Sens. Dick Durbin and Tammy Duckworth. Durbin said in a statement that he supported them because they had undergone the state's bipartisan selection process, but Duckworth told The Huffington Post she could not move past their "troubling record on constitutionally-protected reproductive health rights demonstrating extreme bias against women’s rights and science."

The Senate is expected to vote on even more nominations next week. Of the six nominees scheduled to get a vote, three are additional judicial picks and three are nominees for the Equal Employment Opportunity Commission.

During the course of the Trump administration, Republicans have reached the second-fastest pace for judicial confirmations of any U.S. president.

The Senate leader's initiative comes as weeks-long discussions about important coronavirus aid have come to a halt, with no signs of progress between congressional Democrats, Treasury Secretary Steven Mnuchin, and White House chief of staff Mark Meadows.

In a tweet on Wednesday, President Trump called on Republicans to embrace a larger package as the two parties struggled to break a stalemate.

"Democrats are 'heartless.' They don’t want to give STIMULUS PAYMENTS to people who desperately need the money, and whose fault it was NOT that the plague came in from China," he wrote. "Go for the much higher numbers, Republicans, it all comes back to the USA anyway (one way or another!)." 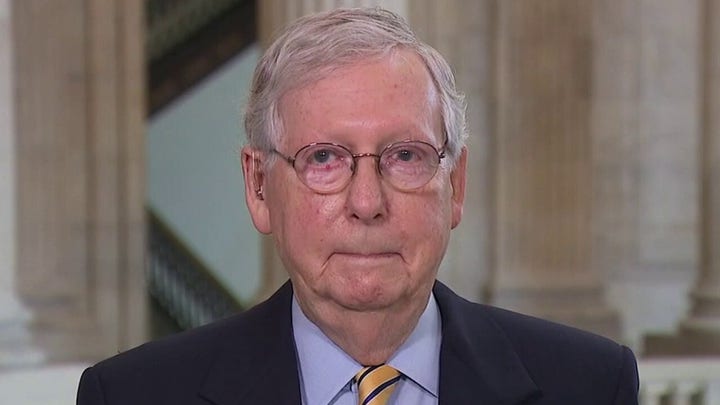 Democratic House Speaker Nancy Pelosi, D-Calif., told reporters on Thursday that it was "hard to see" her liberal colleagues agreeing to a price tag below $2.2 trillion.