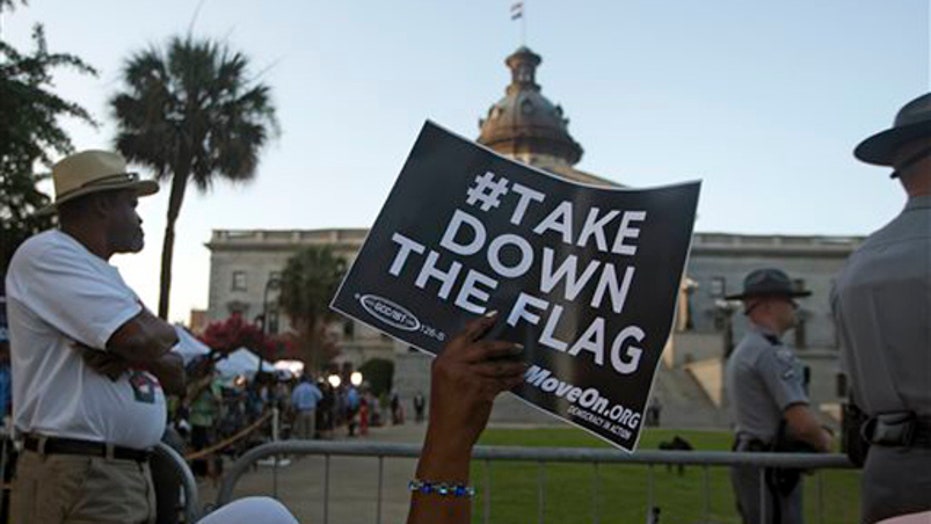 Confederate flag will be moved to a museum

With emotional debates and decades of dialogue behind them, South Carolina officials removed the Confederate flag Friday morning from the statehouse grounds where it has flown for more than half a century.

Thousands turned up for the ceremony and cheered when the rebel banner was removed.

Following Friday’s ceremony, the flag will be placed in a special armored van and taken to the Confederate relic room, where it will live out its days in a multimillion-dollar shrine South Carolina lawmakers have promised to build as part of the Confederate flag compromise.

The extraordinary move comes less than a month after nine black members of Charleston's Emanuel African Methodist Episcopal Church were gunned down during Bible study by a white man who frequently posed with pictures of the Confederate flag behind him. The outrage over the murders sparked a national conversation over the symbolism and significance tied to the Confederate flag. It also led to a handful of other states, towns and businesses reexamining their policies on Confederate-era memorabilia.