CNN’s White House correspondent Jim Acosta was captured struggling with an unidentified White House aide for possession of a microphone while he attempted to ask President Trump questions during Wednesday’s press conference.

Acosta and Trump got into a heated debate after the reporter asked him about the migrant caravan. Trump told Acosta to let him do his job.

“Honestly, I think you should let me run the country and you run CNN,” Trump told Acosta.

The reporter tried to ask him another question before a female White House aide walked over to him.

Trump then told him, “That’s enough!”

Acosta continued to try to talk as the aide was seen trying to take the microphone from his hand. She grabbed the microphone but Acosta wouldn't give it up.

“Excuse me, ma'am,” he told the aide as he continued his question. The aide then kneeled next to Acosta to wait for him to finish speaking.

Acosta then continued to ask Trump about the Russian investigation, which the president called “a hoax.”

Trump again told Acosta to put down the microphone. The aide was then able to take the microphone from Acosta and give it to NBC News correspondent Peter Alexander. 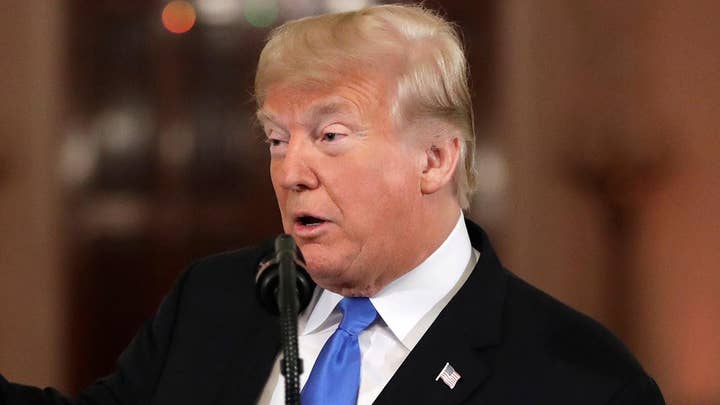 “I’ll tell you what. CNN should be ashamed of themselves having you working for them. You are a rude, terrible person. You shouldn’t be working for CNN,” Trump told Acosta.

Alexander defended Acosta calling him a “diligent reporter who busts his butt.”

“Well, I’m not a big fan of yours either, to be honest,” Trump told Alexander. "I understand,” Alexander responded.

Acosta then tried to say something to Trump again, but the president told him to sit down.

“When you report fake news, which CNN does a lot, you are the enemy of the people,” Trump said.

The exchange drew a lot of strong reaction, including from Fox News’ Chris Wallace and Todd Starnes.

“I have to say Acosta’s behavior was shameful,” Wallace said of the reporter’s exchange with Trump.

He said he has never seen anything like Acosta’s fiery exchange with Trump. 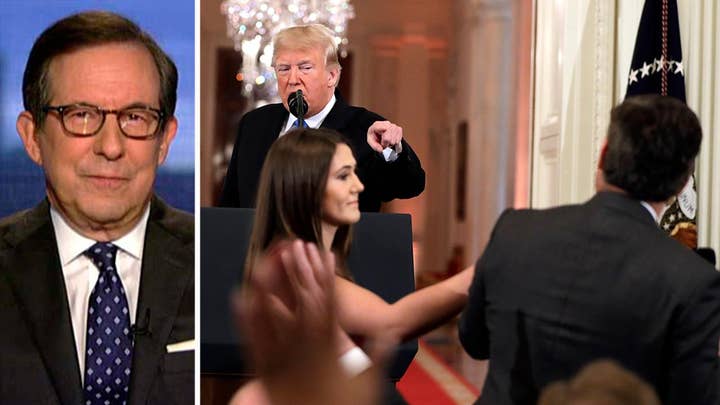 CNN released a statement shortly after the press conference saying Trump’s attack on the press had “gone too far.”

“This president’s ongoing attacks on the press have gone too far. They are not only dangerous, they are disturbingly un-American. While President Trump has made it clear he does not respect a free press, he has a sworn obligation to protect it. A free press is vital to democracy, and we stand behind Jim Acosta and his fellow journalists everywhere,” CNN said.

Acosta tweeted his thanks to Alexander and retweeted a photo of the aide attempting to take the microphone from him.

Hours after the exchange between Trump and the CNN reporter, Acosta's press pass to access the White House was suspended.

Acosta tweeted: "I've just been denied entrance to the WH. Secret Service just informed me I cannot enter the WH grounds for my 8pm hit."

White House Press Secretary Sarah Sanders confirmed the decision on Twitter, saying the pass would be suspended "until further notice."