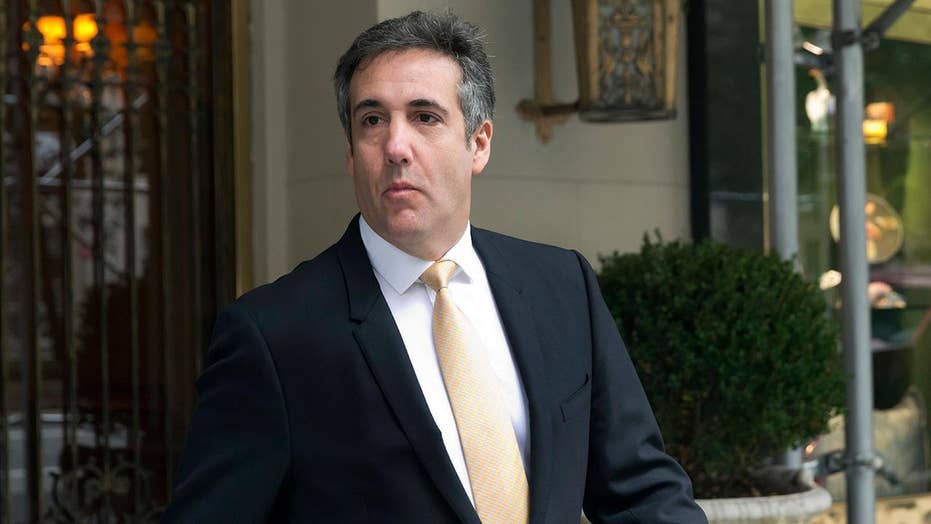 CNN is standing by its “scoop” that Michael Cohen had information that President Trump knew in advance about the infamous June 2016 Trump Tower meeting with Russian officials despite the source for a related story walking back the claims.

A CNN report from July 27 headlined, “Cohen claims Trump knew in advance of 2016 Trump Tower meeting,” was co-bylined by Jim Sciutto, Carl Bernstein and Marshall Cohen. It cited “sources with knowledge” and noted that the ex-Trump lawyer is willing tell Special Counsel Robert Mueller that Trump knew of the meeting in advance, contradicting repeated denials by Trump and his surrogates. CNN’s report resulted in countless cable news segments and sent other news organizations scurrying to match.

Among them was The Washington Post, which has since outed Cohen’s high-powered attorney Lanny Davis as its source -- while publishing an interview in which Davis backpedals.

Davis told The Washington Post Sunday that he “should have been more clear” that he “could not independently confirm what happened.” Davis even told the Post he regrets his “error.”

The newspaper's original version was not as damaging as CNN’s and didn’t mention Donald Trump Jr. allegedly telling his father that the meeting was with Russians, which CNN reported. The latest Davis interview, though, raised questions about a slew of related stories.

“Davis’s latest comments cast doubt on what Cohen may know, including about a June 2016 meeting in New York’s Trump Tower attended by Trump’s eldest son and a Russian lawyer,” the Post wrote on Sunday night. “Davis told The Washington Post that he cannot confirm media reports that Cohen is prepared to tell special counsel Robert S. Mueller III that Trump had advance knowledge of the 2016 Trump Tower meeting.”

While the Washington Post outed Davis as its source and essentially issued a quasi-correction, CNN is standing by its reporting.

“Pro-Trump web sites are claiming that the CNN story was a ‘lie,’ and that it's been ‘debunked.’ They might want it to be ‘debunked,’ but it's not. The critics don't know who CNN's sources were,” CNN’s media newsletter stated in a blurb that referred to the original story as a “scoop.”

Trump has denied knowledge all along and fired back following CNN’s report last month.

"We stand by our story, and are confident in our reporting of it," a CNN spokesperson told the Post.

Davis began walking back the allegations last week, when during an interview with CNN’s Anderson Cooper, he was asked whether there was evidence that Trump knew about the meeting before it happened.

Axios reported last week that Cohen even told Congress he doesn’t know if Trump knew about the meeting in advance. Trump, again, maintained that he knew nothing of the meeting beforehand, and blasted the reports as ‘fake news.’

On Sunday, Trump Jr. blasted CNN as “literal fake news,” saying it was “Comical” to watch CNN “covering” for its reporters who “obviously got [the] story wrong.”