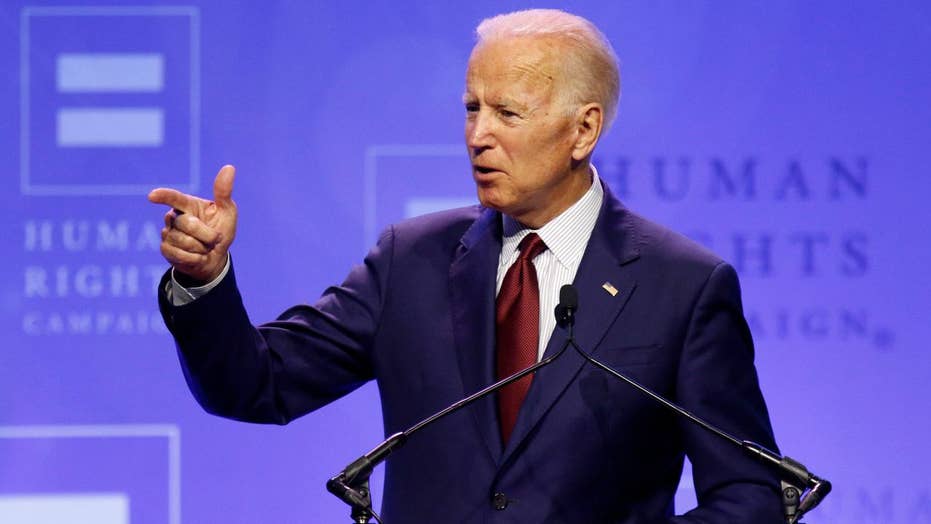 This isn't the first time former Vice President Biden has been accused of copying someone else's work; Peter Doocy reports.

Reporter Jake Tapper and his panel on Tuesday took presidential candidate Joe Biden to task over his 30-year-old claim that he marched during the civil rights movement.

"More than once" Biden's advisors reminded him during 1988 presidential campaign that he, in fact, had not marched for civil rights, but Biden continued to make the claim to voters, The New York Times reported.

“That is really, really weird,” Tapper commented on the report.

“When he gets really comfortable out on the stump,” Jeff Zeleny, a CNN reporter, told Tapper, “he has tended to embellish.” He added that Biden’s aides said, “he was in office marching for the idea of civil rights.”

“That’s not what the word marching means,” Tapper laughed in response.

In the age of social media, Zeleny said, Biden would not be able to get away with the same embellishments reported in The New York Times story. “So that’s his big challenge,” he added, explaining that those lies were why Biden ended up having to drop out of the race before the Iowa caucuses - "because he plagiarized a speech."