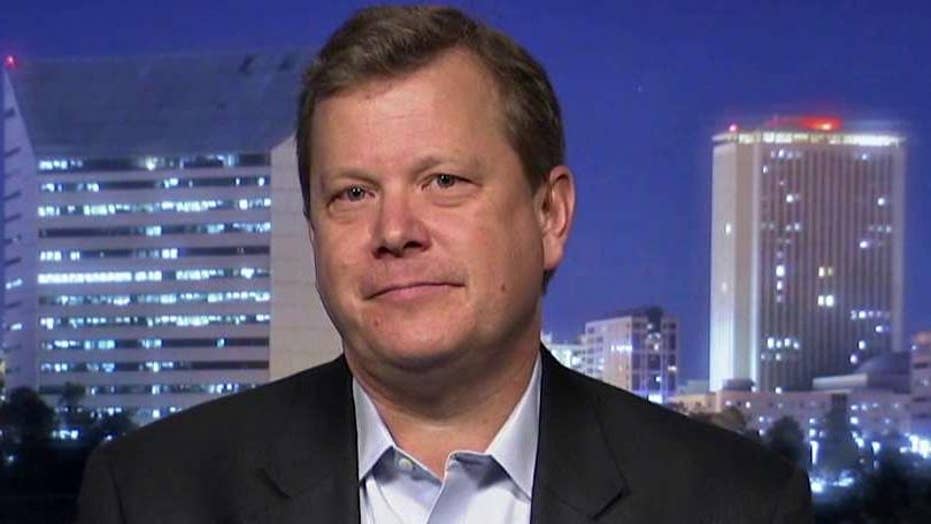 Peter Schweizer weighs in on 'Hannity'

A high-powered firm with close ties to Bill and Hillary Clinton bills itself as a consultancy, but actually specializes in helping rich investors leverage inside political information, and is even registered as an investment bank, according to an investigation by FoxNews.com.

Teneo Holdings, run by the former president’s longtime aide, Douglas Band, and Irish businessman Declan Kelly, purports to sell intelligence about political risk to its clientele of corporate CEOs, billionaire families and leaders of foreign governments. Teneo has advertised access to Bill Clinton and political powerhouses to attract multinational clients since it opened five years ago.

Teneo offers more than connections to political power and intelligence, however. It is registered with the Financial Industry Regulatory Authority as an investment bank. It brokers valuable securities that are not available to the public, exclusively to its own clients in a “private placement” market shielded from regulatory scrutiny.

“Teneo is a classic example of how the global financial system is rigged,” said William Black, the former securities regulator who counsels the World Bank on anti-corruption initiatives. “Acting on insider information is critical to the success of its business plan.”

Black also observed that because many of Teneo’s clients are the CEOs of corporations, the best interests of the shareholders of those corporations are not necessarily well served. In fact, Teneo specializes in combating “shareholder activists” who seek to dislodge CEOs or lower their pay.

Teneo did not respond to multiple requests for comment.

The privately owned firm’s midtown Manhattan headquarters is manned by scores of erstwhile government and military and intelligence officials. Bill Clinton was authorized by the Department of State to be salaried by Teneo as its “honorary chairman” after Band, a Clinton Foundation executive, requested and received a conflict-of-interest waiver from then Secretary of State Hillary Clinton’s ethics adviser, Jim Thessin.

Band, (r.), is a longtime aide to the former president. (Associated Press)

Nate Tamarin, a former aide to President Obama, swung through the revolving door, as have many lower level federal officials, not to mention a British peer, Lord Davies of Abersoch, the former minister of trade for the United Kingdom, now Teneo’s vice chairman. NYPD Commissioner William Bratton, who recently announced he is leaving that post, is expected to join Teneo next month.

"In the U.S., we use our deep relationships to provide strategic counsel and help clients navigate policy debates in Washington and state capitals,” reads Teneo’s mission statement.

It is the nature of these “deep relationships” that defines Teneo’s ethical dilemma, says the former chief of investigations for the US Senate Banking Committee, Bartlett Naylor.

“Sitting government officials may be tempted to misuse their positions to benefit clients of a firm like Teneo in anticipation of future employment as consultants,” Naylor said.

Case in point: Hillary Clinton’s key lieutenant, Huma Abedin, collected income during parts of 2012 and 2013 from the State Department, Teneo, the Clinton Foundation and Bill Clinton's private office. Abedin’s contract with Teneo reportedly precluded her from advising companies with business before the State Department, but the Senate Judiciary Committee is investigating her for possible influence peddling.

Ross Levine, a banking and finance expert at the Haas School of Business, University of California, Berkeley, elaborated on the scope of Teneo’s inherent ethical problems.

Teneo makes money by brokering mergers, buyouts, initial public offerings, equity and debt swaps, the existence of which the company is not required to publicly disclose.

By law, Teneo is only allowed to sell securities to its well-heeled clients, who are assumed by FINRA to be sophisticated investors. Clients pay a monthly fee reported to be as much as $250,000. They can make investment decisions with the aid of Teneo’s intelligence agency-quality research, and the insider knowledge and current connections of dozens of former government officials.

FINRA forbids Teneo’s researchers and consultants to share intelligence with its investment bankers. No member of the firm, FINRA cautions, is allowed to use “non-public advance knowledge of a research report” to buy or sell a security or derivative.

But, say the firm’s critics, the whole point of signing up as a Teneo client is to obtain non-public knowledge in order to gain an edge in the securities markets, so it is difficult to know how FINRA’s consultant-banker firewall works inside a closed system that FINRA directs firms to self-police.

Black, who also is an associate professor of economics and law at the University of Missouri-Kansas City, is blunt: “Self-policing means no-policing.”

He explained how insider trading can cause damage that remains invisible to an investment bank’s clients.

“A broker who knows that a client is about to make a large buy, which will increase the value of a stock, can be tempted to ‘front run’ a trade for his own portfolio, or another client’s portfolio, prior to the large buy, benefiting from the bump, and nobody is the wiser,” he said.

Exacerbating the danger, Teneo executives can wear multiple hats -- counseling clients on public relations and corporate investment strategies and accessing proprietary market research while advising these same clients on specific mergers and acquisitions and initial public offerings even as Teneo underwrites or brokers their securities transactions.

Teneo does not divulge its client list. But its roster of corporate clients whose business is affected by government regulations has reportedly included Coca-Cola, FIFA, Dow Chemical and MF Global – the defunct investment bank run by former senator and New Jersey governor Jon Corzine.

“Teneo’s involvement as a public relations consultant in a deal it also brokered as an investment bank supercharges the firm’s conflict of interest dilemma," Naylor said.