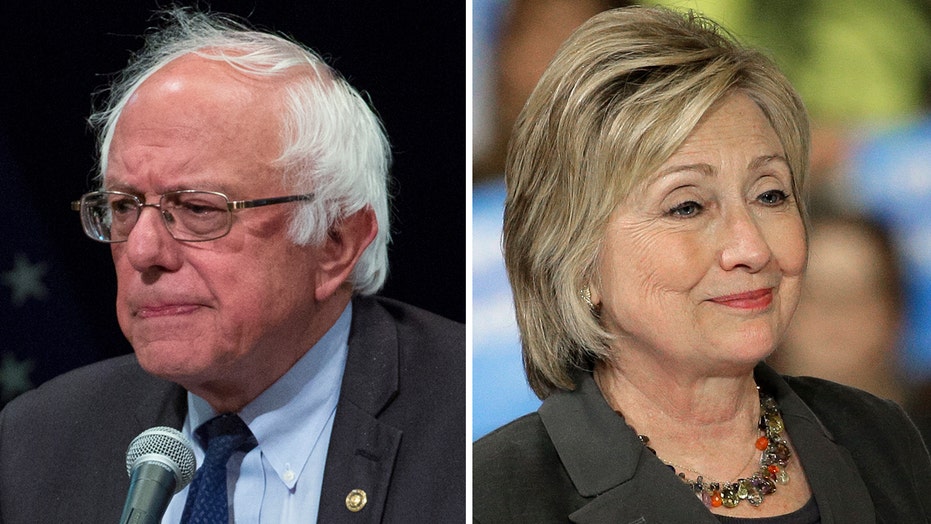 Sanders says he will vote for Hillary Clinton

The Bernie Sanders campaign is in talks with Hillary Clinton's campaign about an event next Tuesday in New Hampshire during which the Vermont senator would endorse Clinton's White House bid, sources told Fox News on Wednesday.

Clinton and Sanders officials declined to comment on the possible rally, but campaign sources told Fox News "we aren't there yet."

Sanders has withheld his endorsement of Clinton since the end of the Democratic primaries in mid-June, pressing for policy commitments from the campaign and party leaders developing the platform that will be considered at the Democratic National Convention in Philadelphia. But he has shown signs of coming around.

The senator praised Clinton's announcement of a proposal earlier Wednesday to tackle the rising cost of college tuition and the burden of student loan debt, calling it a "very bold initiative." In a positive sign for Democratic unity, Sanders said he hoped to find more areas of agreement with Clinton "sooner rather than later."

The new policy proposal from Clinton would place a three-month moratorium on loan payments for all federal borrowers. It would also ensure that families with annual incomes up to $125,000 pay no tuition at in-state public colleges and universities.

A campaign source told Fox News that the Clinton proposal was an "olive branch" to Sanders and his supporters.

Sanders trounced Clinton in the New Hampshire primary, and holding the event in the Granite State would put the two rivals in a fall battleground state where Clinton will compete against Republican Donald Trump.

It would also draw comparisons to 2008, when then-Sen. Barack Obama joined Clinton for an endorsement event in Unity, New Hampshire, a symbol-rich town where Obama and Clinton split the vote in the primary.

Sanders was wildly popular with young voters during the Democratic primaries, with many drawn to his calls for free tuition at all public colleges and universities. Clinton cast her opponent's proposals as unrealistic, saying that while she shared his concerns about rising debt, she didn't want wealthier families to be able to take advantage of opportunities aimed at the middle and lower classes.

Sanders said the plan combined "some of the strongest ideas which she fought for during the campaign with some of the principles I fought for. The final product is the result of the work of both campaigns."