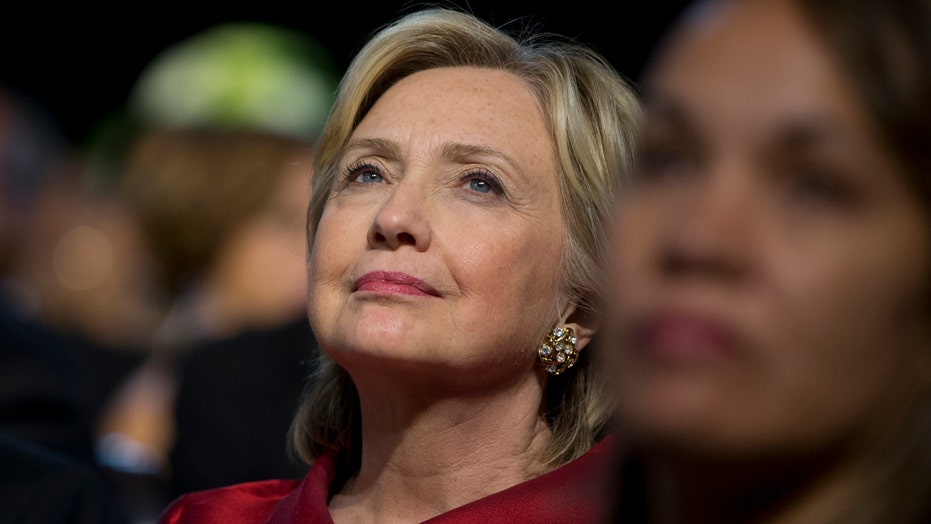 Hillary Clinton is getting ripped for trying to claim “outsider” status in the presidential race, with Republicans pointing to her nearly four decades in politics.

“Hillary is the ultimate insider,” Tennessee Republican Rep. Marsha Blackburn told Fox News on Monday night. “We’re talking about a woman that hasn’t driven a car in over 26 years because someone that’s on the government payroll has been doing that for her. She is an insider and there is no way she can say outsider enough times to make people believe that.”

Clinton -- a former first lady, New York senator and secretary of state -- made her outsider pitch Sunday. In an election cycle so far dominated by first-time and other non-traditional candidates, she suggested her gender makes her an outsider as well.

“I cannot imagine anyone would be more of an outsider than the first woman president,” she told CBS’s “Face the Nation,” in her first Sunday talk show interview in four years. “I mean, really, let's think about that.”

She continued to try to make her case by sharing a story about how young women ask her “how come there aren’t any girls?” on placemats featuring the faces of U.S. presidents.

She entered the White House race -- for the second time -- this spring amid public criticism that the front-running Democratic candidate was a career politician. Since then, primary challenger Vermont Sen. Bernie Sanders, an independent, has essentially caught up with and pulled ahead of Clinton, respectively, in early-voting states Iowa and New Hampshire, according to recent polls.

The GOP field is being led by two non-office holders -- billionaire businessman Donald Trump and retired neurosurgeon Ben Carson. They are joined at the top in one recent poll by Carly Fiorina, a former Hewlett-Packard chief executive who also has never held public office but lost a U.S. Senate bid in California.

On Sunday, Clinton walked a fine line -- appearing to try to tout her experience while attempting to re-define herself as an outsider.

Karl Rove, a former Bush administration deputy chief of staff and Fox News contributor, suggested Clinton made a misstep by even addressing the outsider issue.

“Why she accepted the premise is beyond me,” Rove said Monday. “She should have said … ‘what I hear is that people want a president who will do the following things.’ And then describe what she will do.”

Blackburn on Monday also told Fox News’ “On the Record with Greta Van Susteren” that voters “know better” than to believe Clinton’s pitch.

“It’s really kind of silly for her to say it,” Blackburn said. “Hillary is going to try to tweak words to suit herself, and she is definitely doing that with ‘outsider.’ ”