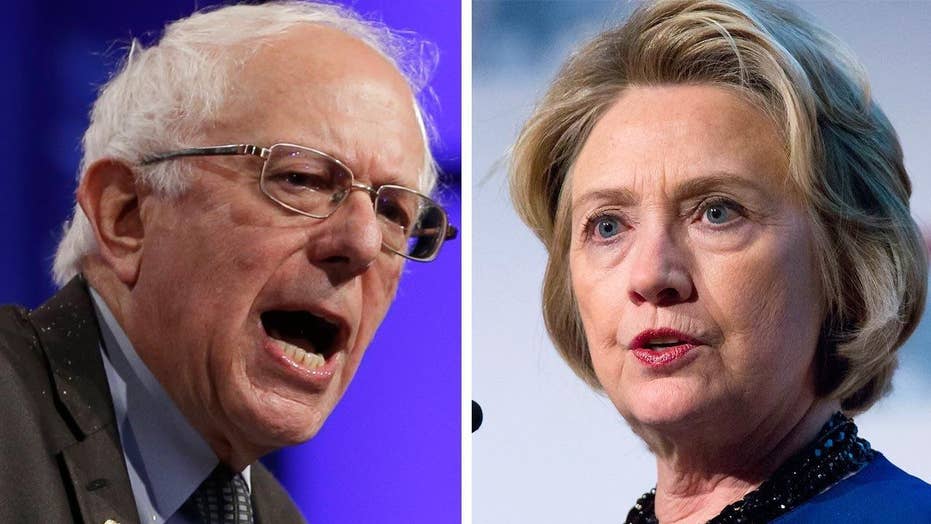 Fresh off a New York primary win that all but gave her the Democratic presidential nomination, Hillary Clinton channeled a little Bernie Sanders on Thursday, railing against big banks while at the same time side-stepping one of Sanders' campaign demands to release transcripts of her Wall Street speeches.

Speaking during a “Good Morning America” Town Hall after her 58-42 drubbing of Sanders in Tuesday’s primary, Clinton said the two candidates generally agreed on many issues, and she used rhetoric reminiscent of the Vermont senator to drive her point home.

“I know that we both – Senator Sanders and I – we want to tackle inequality,” Clinton said. “We want to raise the minimum wage. We want to make sure that people who are putting our economy at risk are reined in, regulated.

“No bank is too big to fail, no executive too powerful to jail. We share those views.”

But many of Clinton’s critics, particularly on the left, question her authenticity on the topic of income inequality. At issue is a series of highly-paid speeches she made to security firms and banks, such as Goldman Sachs, after her tenure as Secretary of State. The content of those speeches has remained private, and Sanders has called on Clinton to release them. Clinton has refused.

“Now there’s a new request to release transcripts of speeches that have been given,” Clinton said. “When everybody agrees to do that, I will as well. Because I think it’s important we all abide by the same standard.”

“I, like everybody who served as secretary of state, have a unique perspective,” she said, citing Colin Powell and Condoleezza Rice as former secretaries of state who have made speeches after leaving office. “When you leave the secretary of state office, people from all perspectives want to know, ‘What do you think’s going on in the world?’ I think that’s actually a useful conversation. Like all my predecessors I gave speeches to a wide variety of groups and it was predominantly about what’s going on in the world.”