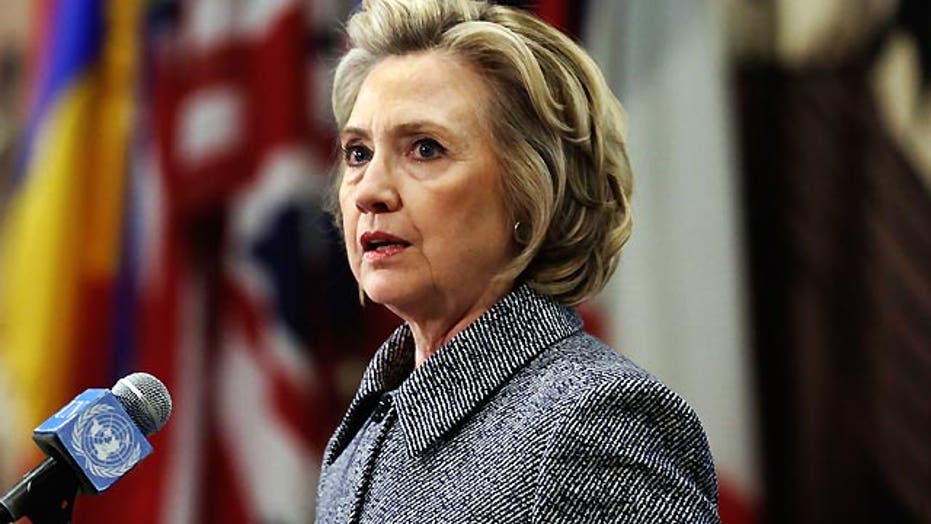 Hillary Clinton’s poll numbers are taking a hit in key swing states in the wake of the controversy over her use of personal email while secretary of state – though she’s still doing better than several potential Republican presidential candidates.

The survey comes as Clinton, a likely Democratic presidential candidate, faces sustained criticism over the revelation that she exclusively used personal email – and used a personal server – while secretary of state.

Still, her favorability ratings were better than most Republican candidates’. And she’s keeping the lead in most head-to-head matchups, albeit a smaller lead than before.

“The good news for Hillary Clinton is that the e-mail controversy has not done huge violence to her presidential chances,” Peter A. Brown, assistant director of the Quinnipiac Poll, said in a statement. “But the matter is taking a toll on the former secretary of state’s public image.”

The poll of more than 1,000 voters in each state was taken March 17-28. It had a margin of error of 3 percentage points.