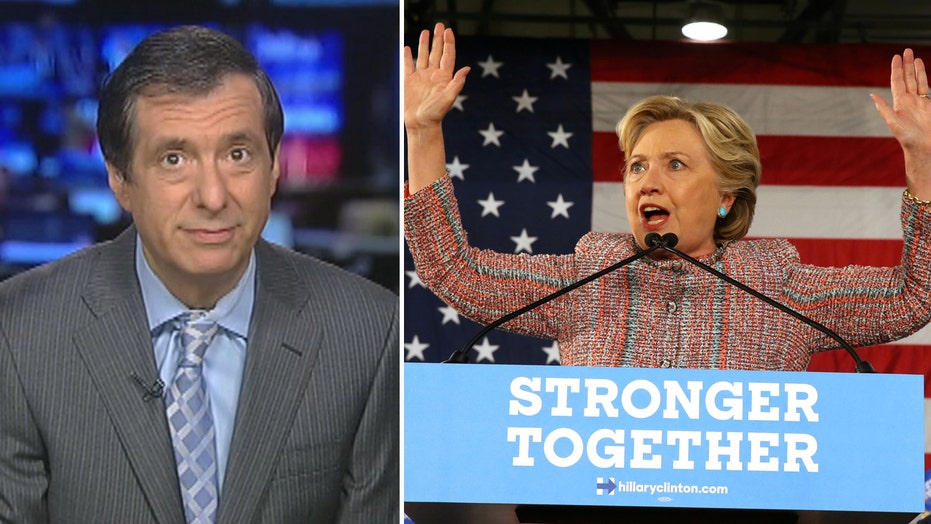 Kurtz: How Wikileaks is hurting Hillary, drip by drip

The story that dogs Hillary Clinton’s campaign to this day, the disclosure of her private email server, had just broken two days earlier, and her campaign spokesman was minimizing the impact.

“Goal would be to cauterize this just enough so it plays out over the weekend and dies in the short term,” Nick Merrill wrote last year.

Guess that was a bit of a miscalculation.

As Donald Trump steps up his assault on the Republican establishment, the hacked Clinton emails being dribbled out by Wikileaks paints a portrait of a campaign often on the defensive, torn by internal squabbles, and at odds with the press (except for those journalists and pundits who were sucking up).

Now we wouldn’t know any of this except for the fact that this correspondence is stolen, most likely by Russian hackers. So these stories always make me uncomfortable. But this is the world we now live in.

There’s been a lot of attention to Clinton campaign spokesman Brian Fallon, a former Justice Department spokesman, saying he had heard from “DOJ folks” that a court hearing in the email case was planned soon. But the date for any court hearing would have been publicly posted.

In case you thought candidate humor was spontaneous—ha!—Merrill suggested a joke for comedian Larry Wilmore, who would say at an appearance with Clinton, “I just emailed HRC (I hear she’s a big emailer)…It would be just light-hearted enough while giving her the opportunity to address this seriously, be a little conciliatory as discussed, and then get back to a discussion about CGI etc.”

Key allies sometimes chimed in with support. After communications director Jennifer Palmieri wrote a letter blasting the New York Times for reporting that federal investigators were seeking a “criminal inquiry” into the email mess—the paper had to backtrack on that—she heard from Neera Tanden, head of the liberal Center for American Progress. “The letter… is great. F-- these assholes,” Tanden wrote.

Palmieri asked other aides to arrange for Univision interviewer to ask “a few questions on emails…As you all know, I had hoped that we could use the ‘server moment’ as an opportunity for her to be viewed as having take a big step to deal with the email problem that would best position us for what is ahead. It is clear that she is not in same place.”

And that underscores a problem that plagues every campaign: Candidates sometimes dig in and refuse to take their aides’ advice. It took Clinton a long time to admit that she had made a mistake by using personal email for government business, and even longer to apologize.

After the House Benghazi hearing, Podesta suggested that Clinton joke: “I used to be obsessed with Donald Trump’s hair, that was until I got to spend 11 hours staring at the top of Trey Gowdy’s head.” That went nowhere. “Wow. You people are a bunch of ninnies,” Palmieri wrote.

There are numerous examples of journalists being friendly to campaign officials. Donna Brazile, then a CNN contributor and DNC vice chair, appeared to give the Clinton camp a heads-up on a question that was asked the next day at a CNN town hall. Brazile and CNN deny that she had access to the questions, and she told me she is “flabbergasted” by the allegation. (I covered this on Megyn Kelly’s show.)

Podesta and veteran spokesman Philippe Reines got into a spat about leaks after CNN learned that a Hillary interview with MSNBC’s Andrea Mitchell might be in the works.

“You got to stop this,” Podesta shot back. “The press is trading in rumors that can easily originate in their own newsrooms. If someone wanted to leak juicy tidbits, they have a lot more to work with than our press planning. If we are going to be at each others throats before we start, we are going nowhere.”

Reines responded forcefully: “With all due respect, and reluctantly to do this in front of HRC except for wanting to defend myself against being labeled as a cancer – but the conclusion that it is ME that has to stop ‘this’ is really unfair…

“Not to mention I’m following up on a topic last night where you yourself felt it enough of a problem to have warned the Secretary her people yap.”

Perhaps the best distillation of Hillaryland’s sometimes strained relations with the media is captured by this note from longtime loyalist Huma Abedin:

“Can we survive not answering questions from press at message events,” she wrote. A recent speech “broke through because we didn’t take questions.”

“In the fall, starting to do avails at message events, interviews, and q and a with press but having had a series of policy proposals already announced and reported on that she could point to,” Abedin continued.

“If she thinks we can get to Labor Day without taking press questions, I think that’s suicidal,” he wrote. “We have to find some mechanism to let the stream out of the pressure cooker.”