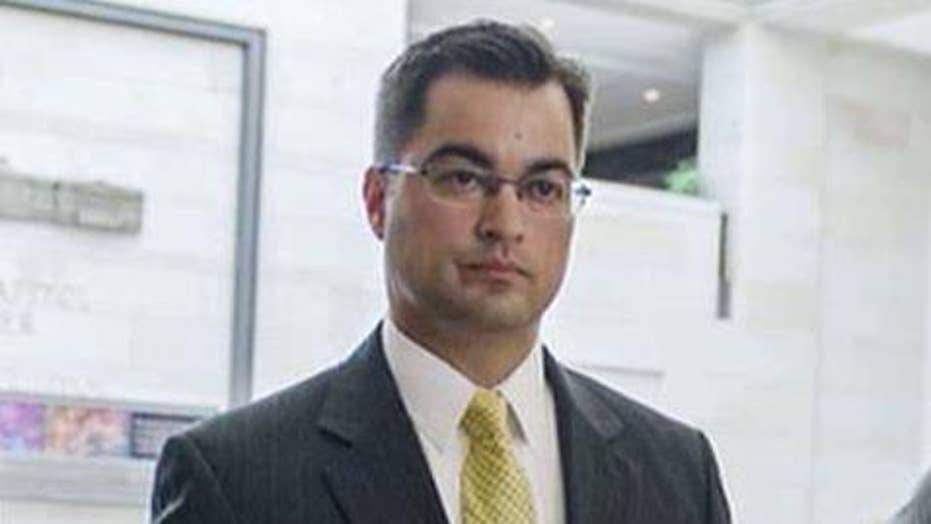 The former State Department IT specialist who set up Hillary Clinton’s private server ignored a subpoena to appear Tuesday before a House committee hearing, while other tech experts who helped maintain the system asserted their Fifth Amendment right not to testify – frustrating Republican lawmakers trying to dig deeper into the former secretary of state’s email setup.

“He should be here. … It is not optional,” Chaffetz said. “His attendance is required here.”

Pagliano is considered a vital witness in the Clinton email case. He spoke previously to the FBI under immunity, telling the bureau there were no successful security breaches of the server. Pagliano also refused to answer questions last year before a House panel investigating the deadly 2012 attacks in Benghazi, Libya. His lawyers said at the time that Pagliano did not want to relinquish his rights under the U.S. Constitution's Fifth Amendment against self-incrimination.

Republicans on Tuesday questioned why Pagliano would avoid the latest hearing if he had immunity, though Democrats pushed back. According to Rep. Elijah Cummings, D-Md., Pagliano’s lawyer said the request was an “abuse of process.”

Two other officials from Platte River Networks, Bill Thornton and Paul Combetta, did comply with subpoenas to appear. However, when it came time to answer questions, they pleaded the Fifth. The Denver-based technology company maintained Clinton’s server when it was moved from her Chappaqua, New York, home to a data center in northern New Jersey.

After each question, they recited a variation of the line: “On the advice of counsel, I respectfully decline to answer and assert my Fifth Amendment constitutional privilege.”

Cummings said he could “understand” why they were not addressing questions.

But Chaffetz voiced frustration when Thornton declined to even answer whether he’d been questioned by the FBI. GOP lawmakers have wanted to question tech officials on the deletion of email records and other alleged attempts to destroy devices.

Chaffetz also said there will be consequences for Pagliano's refusal to appear and for "thumbing his nose at Congress." He didn't specify what the penalties would be but said, "We're not letting go of this."

A letter from Pagliano's attorney released by the committee says Pagliano will continue to assert his constitutional right not to testify.

The only witness remaining after the unfruitful initial questioning was Bill Clinton aide Justin Cooper, who answered lawmakers’ questions.

During that process, he confirmed that he had access to the Clinton server but did not hold a security clearance.

The email issue has shadowed Clinton's candidacy, and Republicans have been steadfast in focusing on her use of a private server for government business, with several high-profile hearings leading up to the election. Democrats insist the sole purpose of the hearings is to undermine Clinton's bid for the presidency.

Chaffetz on Monday escalated the GOP's battle with the FBI after its decision in July not to recommend criminal charges against Clinton for her use of the private email system by serving a top FBI official with a subpoena for the full case file. Chaffetz and other Republicans on the panel said the bureau has withheld summaries of interviews with witnesses and unnecessarily blacked out material from documents sent last month.

“We are entitled to the full file," he said.

Dismissing the "emergency" hearing held late on a Monday, Cummings said: "As far as I can tell, the only `emergency' is that the election is less than two months away."

Chaffetz issued the subpoena to Jason Herring, the acting assistant FBI director for congressional affairs. Herring and six other Obama administration officials appeared before the committee to discuss the investigative files. The witnesses on several occasions said they could not answer the questions from lawmakers in an open forum.