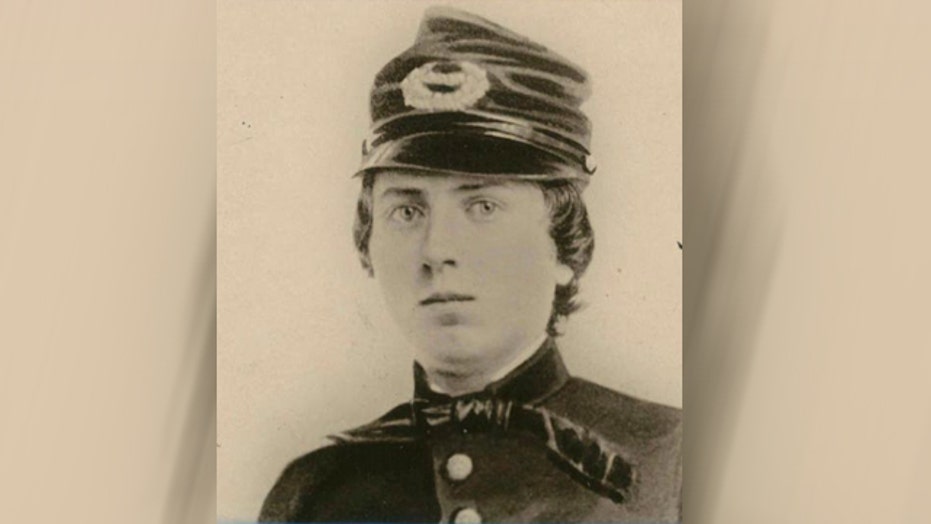 Lt. Alonzo Cushing to be honored 151 years after his death

As 13,000 Confederate soldiers closed in during what would become the Civil War's bloodiest battle, a wounded and badly outgunned First Lt. Alonzo Cushing stayed at his post, firing artillery at the oncoming siege of grey until a rebel Minie ball ended his life.

One-hundred-and-fifty-one years later, the Wisconsin-born, West Point-educated soldier will be awarded the Congressional Medal of Honor for his actions as commanding officer of Battery A, 4th United States Artillery, Artillery Brigade, 2nd Corps, Army of the Potomac on Cemetery Ridge in Gettysburg, Pa. Cushing died on June 3, 1863, the final day of the three-day battle that saw nearly 8,000 men killed and more than 35,000 wounded.

Cushing, who will be honored at the White House next week, manned the last working field piece in his Union army battery as Confederate forces unleashed the assault known as Pickett’s Charge, according to Military.com.

Cushing's small force stood their ground amid an artillery bombardment fronting an advance of nearly 12,500 Confederate infantrymen. Wounded from shots to the gut and shoulder, Cushing's stricken battery should have been withdrawn and replaced with reserve forces, according to historians. But Cushing insisted on ordering his guns to the front lines on the last day of fighting. He was shot in the head and killed instantly.

Cushing was at a key point called "the angle," at a stone wall facing Confederate Gen. George Pickett. The spot has come to be known as the "high water mark of the Confederacy."

"Refusing to evacuate to the rear despite his severe wounds, he directed the operation of his lone field piece, continuing to fire in the face of the enemy," read a White House announcement released in August. "With the rebels within 100 yards of his position, Cushing was shot and killed during this heroic stand. His actions made it possible for the Union Army to successfully repulse the Confederate assault."

The awarding comes after a long lobbying campaign dating back three decades. Congress finally granted a special exemption last December for Cushing. Recommendations normally have to be made within two years of the act of heroism and the medal awarded within three years.

More than 1,500 soldiers from the Civil War have received the Medal of Honor, most recently Cpl. Andrew Jackson Smith of Clinton, Ill., who was awarded the medal in 2001 by President Bill Clinton.