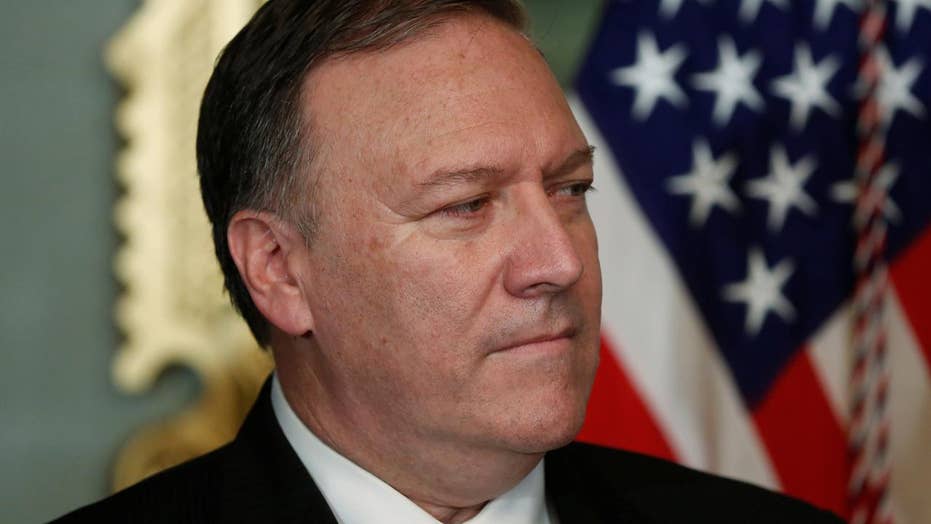 Pompeo called reports that the agency was keeping intelligence from Trump “dead wrong.” He added that the reports damage the “integrity of thousands of professional intelligence officers.”

"The CIA does not, has not, and will never hide intelligence from the president, period. We are not aware of any instance when that has occurred," Pompeo said in a statement Thursday in an attempt to dispute reports that the spy community is withholding information from the commander in chief.

The Wall Street Journal reported Wednesday that in some cases officials opted not to tell the president how they collected information. The paper, citing both former and current officials, said the decision to hold back information underscored the mistrust between the Executive Branch and spies.

Additionally, a government official told Fox News that Trump has in fact been receiving what’s known as the President’s Daily Brief, noting that it does not routinely include raw data or discussion of sources and methods.

The Journal report points out that, historically, intelligence officials have held back information about how spies gather information, but in those cases, the information was not held back due to concerns over the president’s trustworthiness.

Pompeo’s statement came on the same day that a senior White House official told the Associated Press the administration had asked billionaire Stephen Feinberg to lead a review of the U.S. intelligence community. Feinberg is the co-founder of Cerberus Capital Management, a private equity firm.

Feinberg has been asked to make recommendations on improvements to efficiency and coordination between the various intelligence agencies, the official said. His position was not to become official until he completed an ethics review, said the official, who wasn't authorized to discuss the matter publicly.

However, Trump later appeared to back off the idea, saying somebody else might not be needed because it could be handled by Pompeo, FBI Director James Comey and Dan Coats, the president's nominee to be director of national intelligence who has not yet been confirmed.

"They're in position so I hope that we'll be able to straighten that out without using anybody else," Trump said at a news conference.

He said Feinberg was a "very talented man, very successful man" who has offered his services to the administration. "You know, it's something we may take advantage of. But I don't think we're (going to) need that at all because of the fact that you know, I think that we are gonna be able to straighten it out very easily on its own.”