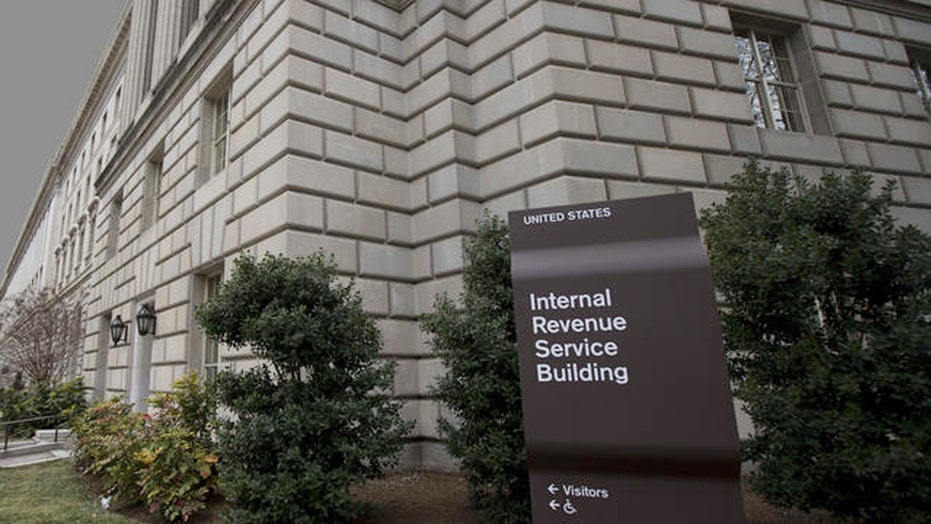 The IRS once again has stirred the ire of nonprofit groups, this time with a proposal organizations say could someday require them to collect and hand over the Social Security numbers of their donors.

Under the proposed rule, the IRS would create an optional filing for 501(c)(3) nonprofits. Those participating would, as part of their yearly report, turn over the Social Security numbers of any donors who give $250 or more to a charity in a given year.

“I don’t know any charity that would adopt this, but those who do will certainly be scaring their donors,” said Mark Fitzgibbons, president of corporate affairs at American Target Advertising, which runs a number of conservative 501(c)(3) nonprofits.

The relationship between certain nonprofits and the IRS already suffers from trust issues in the wake of the controversy over officials subjecting conservative groups seeking another kind of nonprofit status to additional scrutiny.

The backlash over this rule, though, appears bipartisan and focused specifically on the security implications.

“This is a huge issue for nonprofits -- and the American public,” said Tim Delaney, CEO of the National Council of Nonprofits, which opposes the rule.

501(c)(3) organizations include charities, churches, universities – any group for which a donor can claim a deduction on their annual income taxes. They do not include groups that engage primarily in political activism or fundraising like PACs.

As it stands, these nonprofits are required to send any contributor of $250 or more a “contemporaneous written acknowledgement (CWA)” that includes the amount of the donation and any services or gifts received in return. This document is used by the donor when filing for deductions from their income taxes.

The proposed rule would give nonprofits an alternative: instead of the traditional CWA, organizations could send the information for all individual donations, along with contributors’ SSNs, directly to the IRS on a single form by Feb. 28 each year. A copy of what they send (with everyone else's information deleted) would be sent to the contributor. The idea is to make it easier for donors to document their donations for tax purposes since every contribution would be linked to their SSN. It could also, conceivably, cut down on paperwork for the nonprofit, which would only have to file one form for donors.

Nonprofits aren’t impressed. They say not only would it scare donors who don’t want to give out their Social Security numbers, but it would require the nonprofits to get an added level of data security in order to protect contributors’ personal information from hackers and identify theft. Then there is the third concern: that the IRS hasn’t been the best steward of taxpayers’  private information in the past.

“The IRS can’t keep its information confidential, they’ve been hacked,” said Fitzgibbons. Last May, the IRS acknowledged that some 100,000 taxpayer SSNs and accompanying personal information had been accessed by thieves in a massive online grab.

Before that, during the 2012 elections, a leak of IRS donor information actually had political ramifications. The IRS recently settled a lawsuit brought by the National Organization for Marriage for $50,000 over allegations that a list of donors had been improperly released to the pro-gay rights Human Rights Campaign. The group then shared the data  with the media, which pounced on the revelation that then-presidential candidate Mitt Romney had donated to the group, which opposes same-sex marriage. The judge, however, said there was not enough evidence to prove the IRS willfully leaked the list.

Now, donors may be wary of giving if they think their information might get into the wrong hands. Delaney, who formerly worked in the attorney general’s office in Arizona, said in that job "we were always advising people not to give away their Social Security numbers to anybody because it would be subject to identity theft."

“Scam artists, of which there are many, will start preying on people, the elderly. They’ll say they can’t take your tax deductible contribution unless you give them their Social Security number,” he said.

According to the proposed rule, the requirement would be voluntary -- but critics are concerned this is merely “a camel’s nose in the tent” and would eventually become mandatory if enacted.

“Any proposed regulations that would create this has the potential for being a slippery slope,” said David Heinen, spokesman for the North Carolina Center for Nonprofits.

The IRS has not responded to a request for comment from FoxNews.com.

Even the notice on the Federal Register suggests identity theft isn’t far from the authors' minds.

It says: “The Treasury Department and the IRS are concerned about the potential risk for identity theft involved with donee reporting given that donees will be collecting donors' taxpayer identification numbers and maintaining those numbers for some period of time.”

The agencies want to hear more about how this can be mitigated in the public comment period, which ends Dec. 16.

Meanwhile, Jenny Beth Martin, president of the Tea Party Patriots, which is listed as a public charity in the IRS database, said donors and nonprofits are still wary over revelations that the IRS had unfairly scrutinized groups with political-sounding names and themes. She does not believe the optional filing would be “voluntary” for long.

“And if [donors] think their association will be no longer be anonymous, they may not be willing to express their speech in this way,” she told FoxNews.com.

Critics may be comforted by one thing: even the IRS and Treasury think this option would be largely ignored by the nonprofits.

“Given the effectiveness and minimal burden of the [current] CWA process,” the Federal Register notice states, “it is expected that donee reporting will be used in an extremely low percentage of cases.”