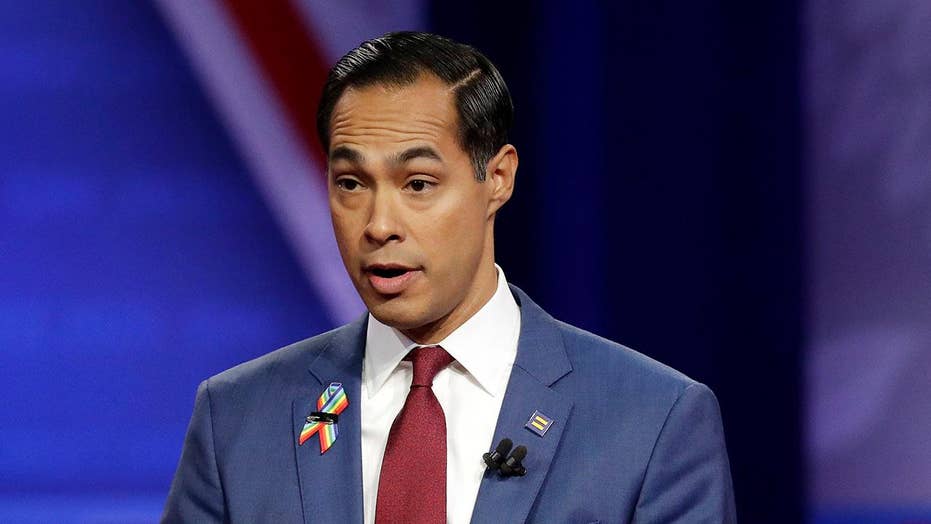 Talk radio host Dana Loesch argues 2020 White House hopeful Julian Castro is a 'hypocrite' on the subject after his remarks on gun control at the Democrat primary debate.

The presidential campaign of the former San Antonio, Texas mayor who later served as Housing and Urban Development secretary in the Obama administration announced on Friday that they brought in $800,000 in the last 10 days of October, a haul Castro had said was necessary to continue his bid for the Democratic nomination.

The campaign also highlighted that they raised $1 million during the entire month of October from nearly 50,000 donors.

“Time and time again this campaign has defied expectations with the support of an army of dedicated, grassroots supporters,” campaign manager Maya Rupert said.

Castro, who launched his long-shot bid last December, has long spotlighted his underdog status as he runs for the nomination against many much better-known and better-funded rivals.

On Oct. 21, the candidate took to Twitter to declare, “This is a critical moment – if my campaign can’t raise $800,000 by October 31st, my campaign will be silenced for good. Help us keep up the fight.”

In her statement on Friday, Rupert made a vow: “We’re not going anywhere--Julián will keep being a voice for the voiceless, and a champion for the Americans who have been left behind. We will keep lifting up important issues others choose to ignore, and demonstrating by example why Secretary Castro is the best candidate to take on Donald Trump.”

While Castro reached his fundraising goal, he faces more hurdles ahead.

He’s made the stage for the first four rounds of Democratic presidential primary debates, but has yet to qualify for the fifth round, which will be held on Nov. 20 in Georgia. Castro’s reached the individual donor threshold but remains short of reaching the polling criteria.