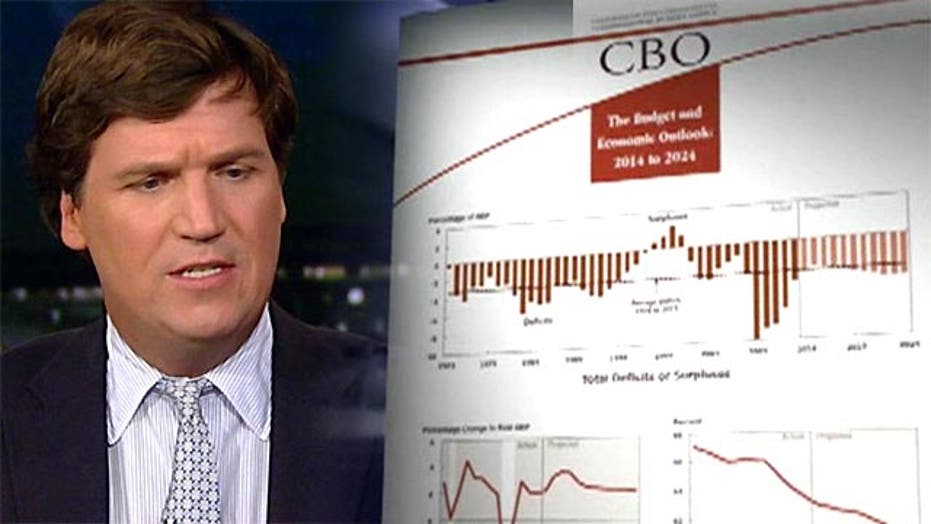 Tucker Carlson told viewers that CBO's latest report on Obamacare - estimating that the healthcare law will result in 2.3 million fewer jobs nationwide by 2017 - is 'shocking'

Tucker Carlson told viewers on "Special Report with Bret Baier" on Tuesday that the Congressional Budget Office's latest report on ObamaCare -- estimating that the healthcare law will result in 2.3 million fewer jobs nationwide by 2017 -- is "shocking."

"I don't know if anybody predicted the CBO would come out with such a stark report," Carlson said. "2.3 million jobs -- really? I mean, that's just -- it's shocking."

The report made waves throughout Washington when it was released Tuesday, although the White House qualified the news by telling reporters that employers wouldn't actually be laying off 2.3 million workers - instead, the report predicts that more employees will choose to work fewer hours or remain part-time, now that they're eligible for healthcare subsidies under the new law.

"It's appalling," Carlson said of the White House's take on the news. “It's game of them to try, though. You're not going to be employed full-time, and you ought to be excited about that."

The Fox News contributor also said that the numbers will add fuel to Republicans' already-burning fire for the upcoming 2014 midterm elections.