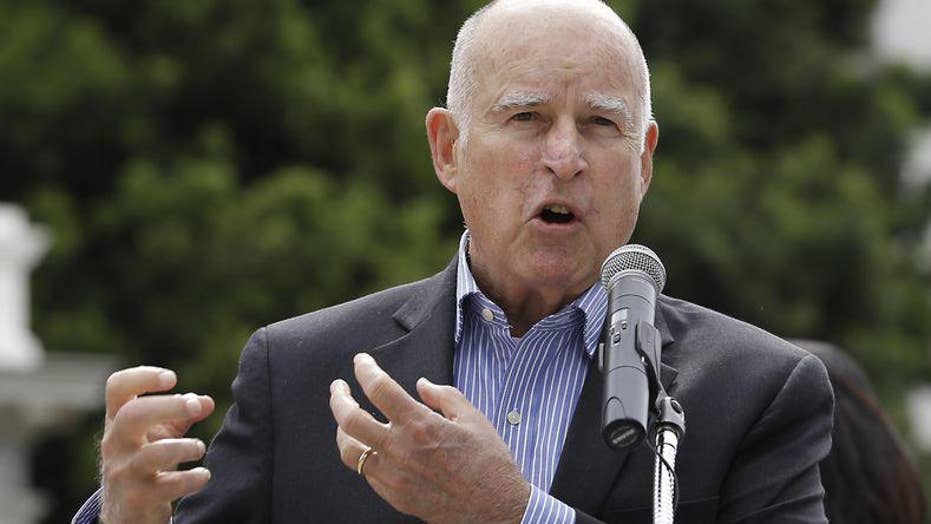 Just what has happened to California's economy over the past decade under Jerry Brown?

California Gov. Jerry Brown got a long-time a six-figure job at a government agency despite not exactly having the experience for the role, the friend admitted.

Juan Pedro Gaffney, a former Bay Area choir director, admitted his friendship with the outgoing governor landed him the job at the state Workers’ Compensation Appeals Board, a position populated mostly by lawyers, the San Francisco Chronicle reported.

“What shall I do, should I not plead guilty? Yeah, I’m a friend of Jerry’s. We go way back. Jerry knew me when I was active in social action and politics. He didn’t forget that part of me,” Gaffney said when asked whether his friendship with Brown got him the job.

"What shall I do, should I not plead guilty? Yeah, I’m a friend of Jerry’s. We go way back. Jerry knew me when I was active in social action and politics. He didn’t forget that part of me."

Gaffney attended St. Ignatius High School in San Francisco with Brown. He said that he knows that “that “people who have served long in the field look with raised eyebrows” over his appointment to the board.

The job involves deciding whether people who they claim they were injured in the workplace should receive workers’ compensation. The board meets once a week to decide which cases to divide between themselves. All members of the board are paid $147,778-a-year during their six-year term.

“I did not understand this to be a plum. I did not go after it as a plum,” Gaffney continued. “To me it is hard work and I am glad to do the hard work, but others have given me to understand that they were passed by to accommodate this appointment or at least that this appointment passed them by. I am aware of that. What can I say? I’m sensitive to it. I realize it’s a legitimate sentiment, a legitimate reaction.”

The confession raises ethical concerns about the legacy of Brown, who will now be replaced by either Democrat Lt. Gov. Gavin Newsom or Republican businessman John Cox, who’s been trailing his opponent by mere 5 points, according to the latest poll.

“This is not a thing that brings down democracy or forces state government to crumble, but it is what it looks like, a favor to a friend,” Los Angeles’ Loyola Law School professor Jessica Levinson told the Chronicle.

“And it’s not a victimless favor, because there could be someone with a resume that is better suited who was passed over. And this position serves the public. Does the public get the benefit of having the best people serving in this position?” she asked.

The outgoing governor defended the decision to appoint Gaffney, saying workers and businesses will “certainly benefit from Mr. Gaffney’s diverse background and experience.”

Though Gaffney’s position should mostly be occupied by lawyers licensed in California, according to the rules, two of the seven commissioners don’t have to meet any minimum qualifications.

Gaffney said that although he doesn’t have the exact expertise to hear workers’ compensation cases, his “intelligence” makes him qualified for the job.

“If you aren’t a lawyer, you quickly learn to be in this game,” he told the Chronicle. “My Lord, I’m stuffing my eyes, ears, nose and throat with all things legal since I’ve come on board. My days there are 10 hours. I’m making it my business to educate myself.”