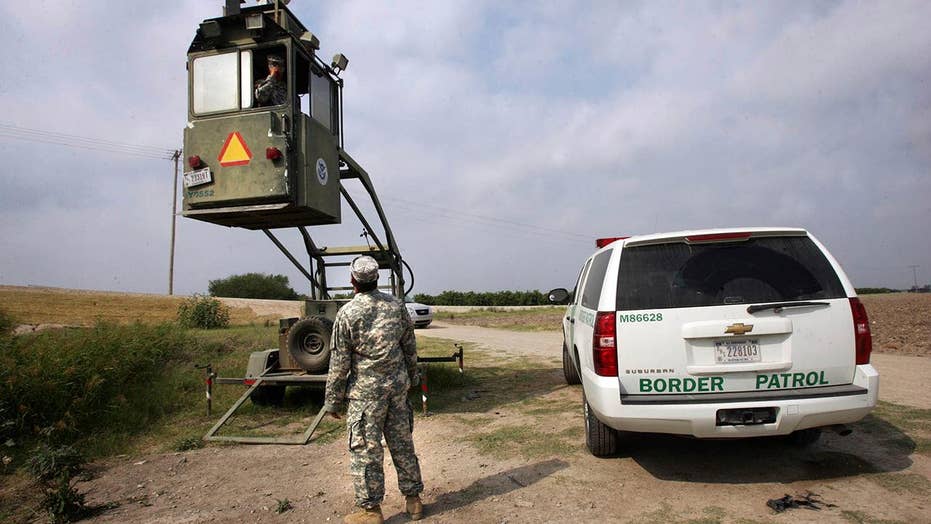 Brown’s Deputy Press Secretary Ali Bay provided Fox News with a letter and agreement outlining the scope and limits of the state’s National Guard. New government funding for the state would go to “support operations targeting transnational criminal gangs, human traffickers and illegal firearm and drug smugglers along the border, the coast and throughout the state,” the letter read.

California National Guard spokesman Lt. Col. Thomas Keegan told Fox News on Monday that state officials have not rejected anything since the governor pledged 400 troops last week. President Trump has vowed to send up to 4,000 troops to the border.

Bay told Fox News: “There have been no new ‘rejections,’ ‘signals’ or changes in direction by the state of California since the letter and agreement were sent to the feds for consideration last week.”

Brown, who repeatedly has found himself in Trump’s political crosshairs, earned rare praise from the president last week.

“California Governor Jerry Brown is doing the right thing and sending the National Guard to the Border. Thank you, Jerry, good move for the safety of our Country!” Trump tweeted last week.

It is unclear at this point what specific jobs the troops would, or would not, perform at the border. The Associated Press reported Monday that California told federal officials it would not allow its troops to fix and repair vehicles, operate remotely controlled surveillance cameras to report suspicious activity, operate radios or provide “mission support.”

Talks between the U.S. and California officials about the duties California troops would perform, according to The Associated Press, soured over the weekend after California officials told the Trump administration they would not participate in vehicle maintenance and other initial jobs across the border in California, Arizona, New Mexico, and Texas.

Other border state governors, though, have supported Trump’s plans to deploy the National Guard to the border.

According to one U.S. official, the California Guard has suggested assigning about 40 troops to marijuana eradication across the state.

Deputy Assistant Secretary of Defense for Homeland Defense Integration Robert G. Salesses said officials wanted 237 for service in two areas of California with “a set of mission responsibility there that California National Guard has indicated they will not perform.”

He added that talks were ongoing.